In June, 10 young actors were rehearsing for a play in the Teacher’s Syndicate in Baquba City in Diyala Province, Iraq.

The rehearsal was part of the Conflict Resolution and Resilience Building (C2RB) program, implemented by International Relief and Development (IRD)/Blumont to help resolve conflict among and between internally displaced persons (IDPs) and host communities. 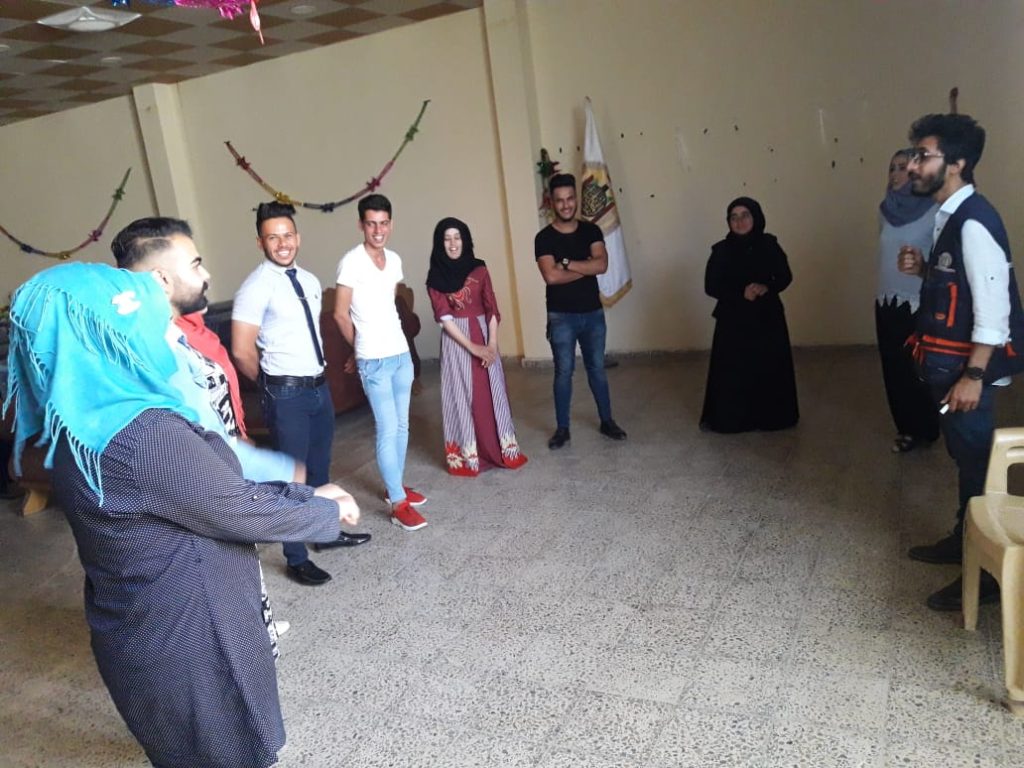 The theatre specialist who was directing the actors had chosen two scenarios for the play. One of them was about early marriage; a common problem in Iraq.

On the second day of rehearsal, the specialist asked if any of the actors could share a true story of an early marriage they knew about. He wanted to use it for the underage marriage scenario.

Ali*, one of the actors, stood up. He said he had a story to tell; a true one. It was a story about his mother.

Driven by poverty and tradition, Ali’s mother’s parents forced her to marry at the age of 16.

Ali’s mother soon became pregnant with Ali, but her marriage was breaking down. Her husband was aggressive; he treated her poorly.

In less than a year, she was divorced.

After the divorce, Ali’s mother returned to her parents because she had no other place to go to.

Once Ali was born, his mother decided to conceal her story from him, and raised him with the help of her father. She taught Ali to call his grandfather father, and Ali did so without suspecting a thing.

When Ali was 12, the story finally unraveled. He was sitting for the first of his final exams in the sixth-grade when he saw his father’s true name on his civil identity card, which his mother had never let him see before.

After taking the exam, Ali went home angry and confused. At home, he started searching for answers and then stormed out.

Ali’s mother thought it was time that she told her son the story. She searched for him and found him by his school. When she told Ali her story, he became heartbroken.

Ali’s story shocked the theatre specialist and the other actors.

Ali asked the theatre specialist if he and his colleagues could enact his story to show what a big issue early marriage was. Ali wanted to play real-life Ali.

The theater specialist embraced Ali’s story for his scenario but, to protect his privacy, did not assign him a role. 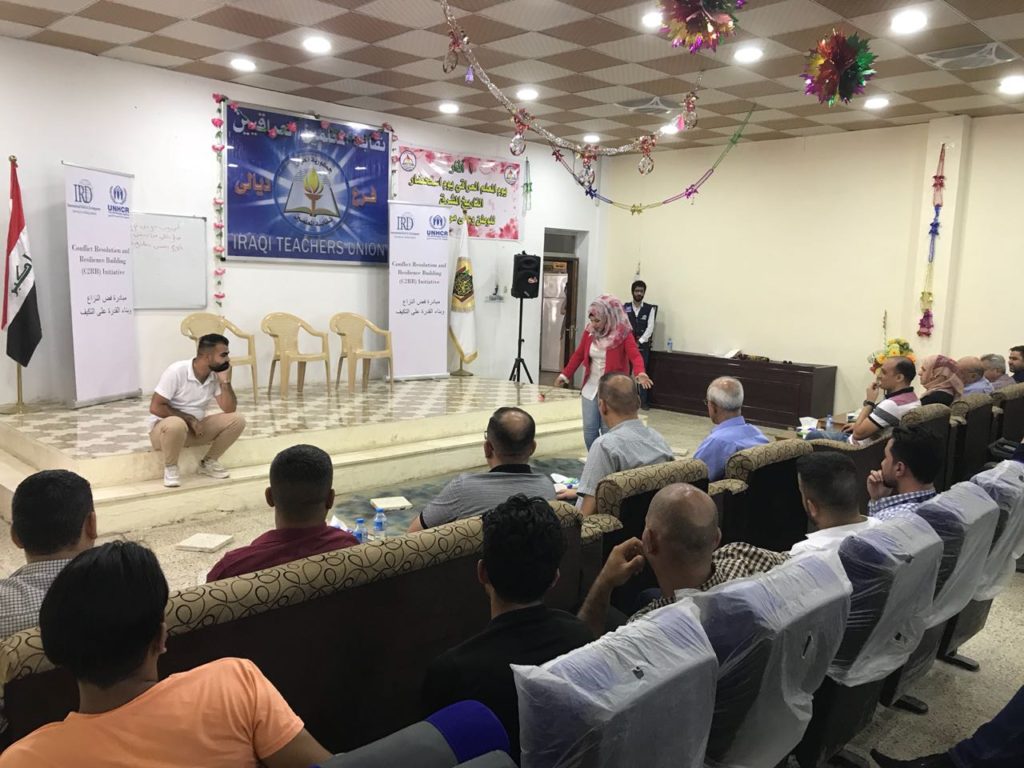 In June and July the actors delivered three performances of Ali’s story. The plays were attended by a total of 154 people.

At the end of each performance, an interactive session was held between the audience and the theatre specialist and actors to discuss the roots of early marriage and brainstorm solutions. During the discussions, the audience contributed early marriage to a lack of education, poverty, tribal traditions, weakness of civil laws, and male dominance. They urged the government to prevent early marriage and support its victims. After learning that the story was based on a true one, some audience members stated that there were many similar stories to that of Ali’s.

Human Turkey, the theatre specialist, told IRD/Blumont that he searched for a true story for the performance because they are more effective than fictional stories. A true story, he said, stimulates the audience’s true feelings. 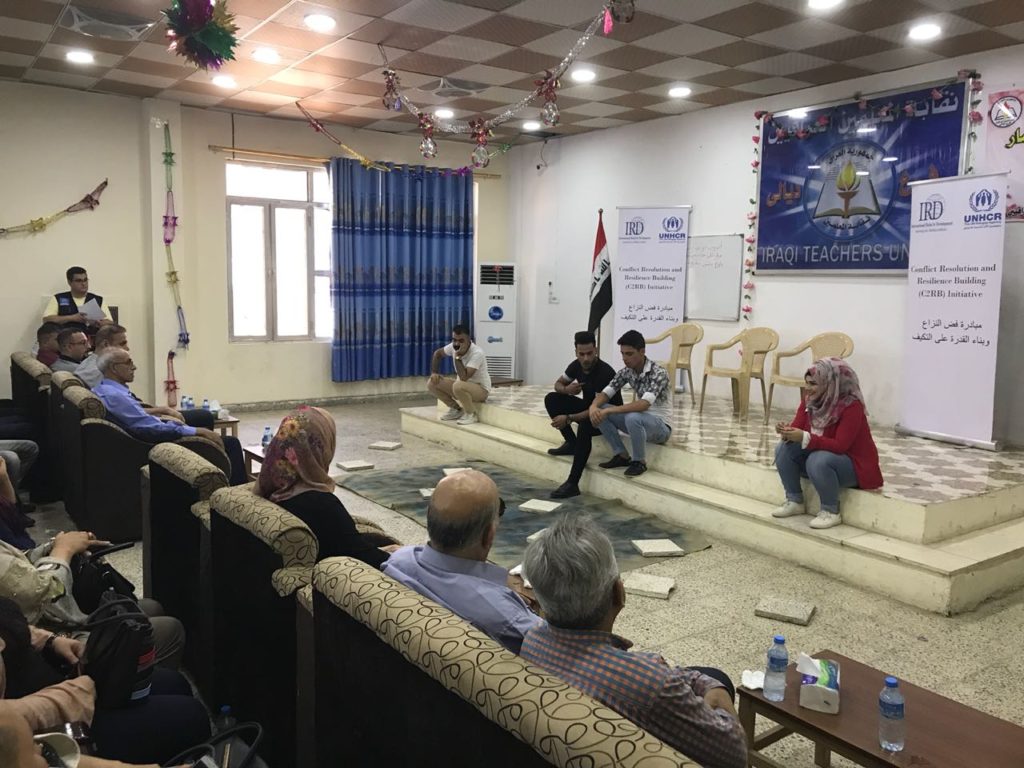 * The actor’s real name has been changed to Ali to protect his privacy.

This theatre performance was a part of IRD/Blumont’s Camp Coordination and Camp Management/Conflict Resolution and Resilience Building (CCCM/C2RB) programs. CCCM provides camp management in four camps for internally displaced persons (IDPs) in Iraq, including accommodation and community mobilization activities. C2RB improves the lives of individuals in Iraq by identifying and implementing solutions to mitigate violence and conflict among IDPs and host communities. They are both funded by UNHCR.