Beekeeping has long been a part of Jordan’s history. Despite the low costs of production, beekeepers face the challenge of sustaining their incomes year-round due to the seasonal nature of bee activity, lack of necessary inputs, and limited market access.

Abu Rashid, a father of six and the sole breadwinner for his family, is a beekeeper in his hometown of Jerash. After finding a beehive growing naturally near his home, he decided to start a honey production business to support his family and supplement his retirement pension. He eventually purchased other beehive cells to increase production, but it was still not enough to make ends meet. 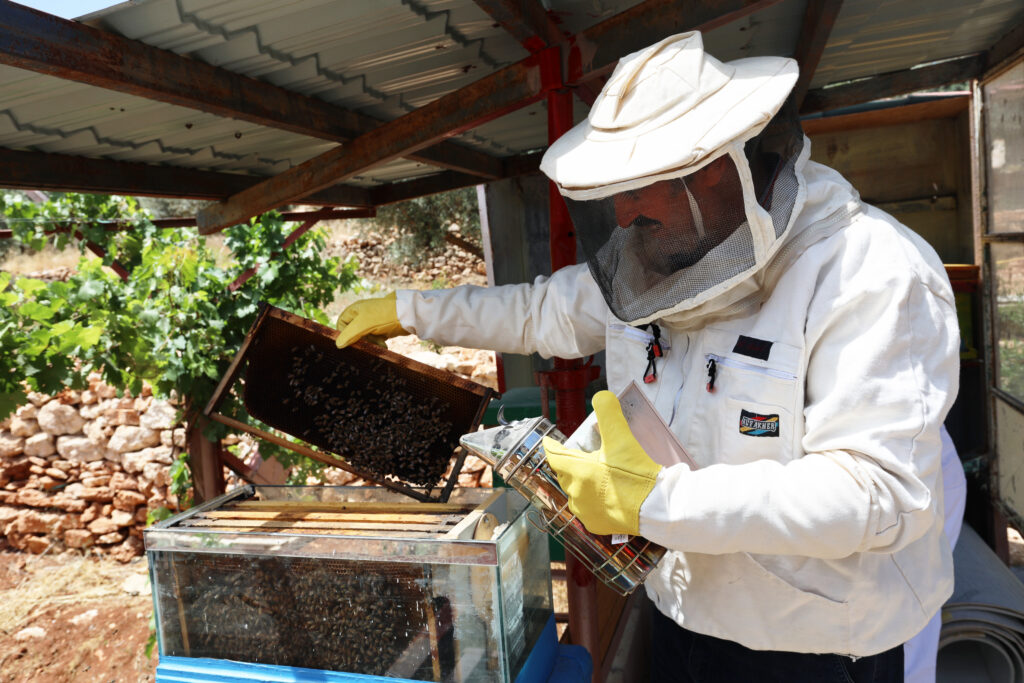 Beekeepers like Abu Rashid support bees in the honey-making process. 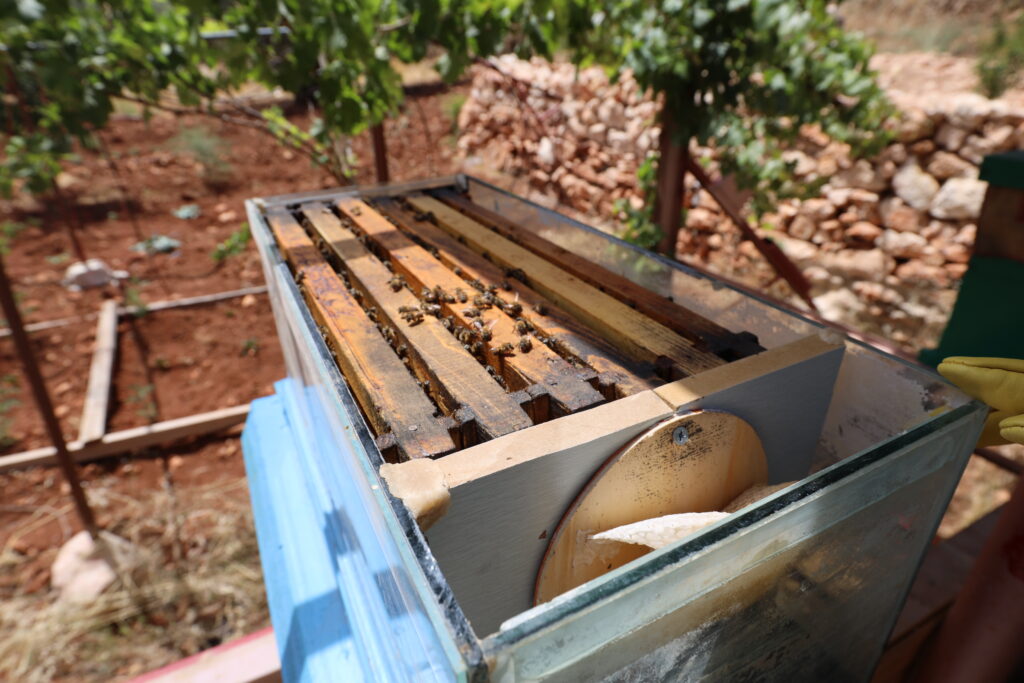 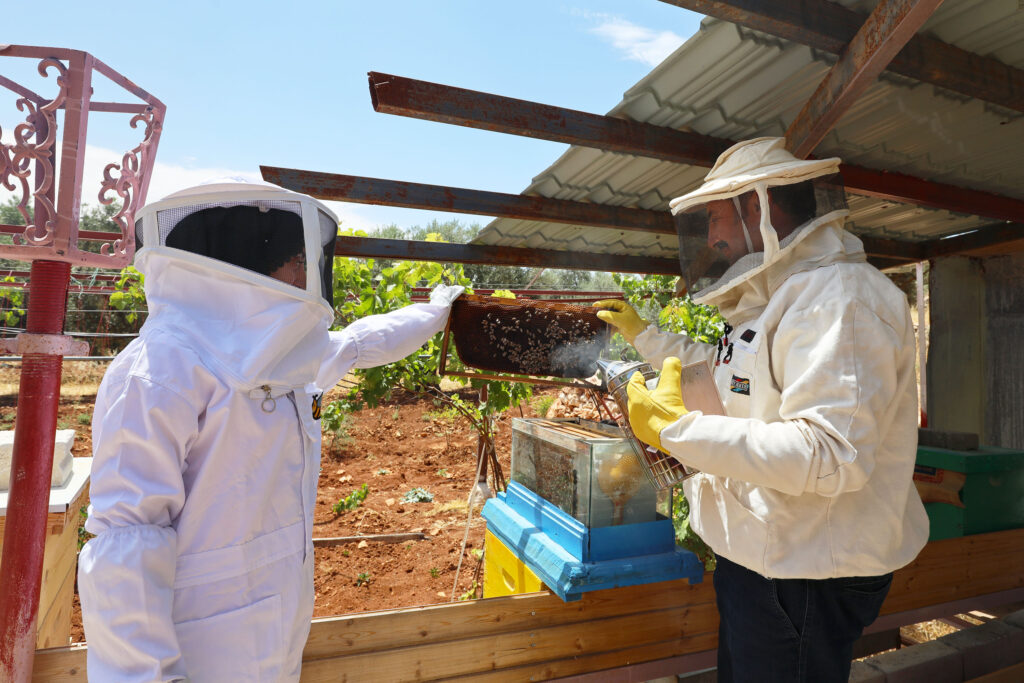 Abu Rashid’s daughter, left, and his son, not pictured, joined his business after finishing university. 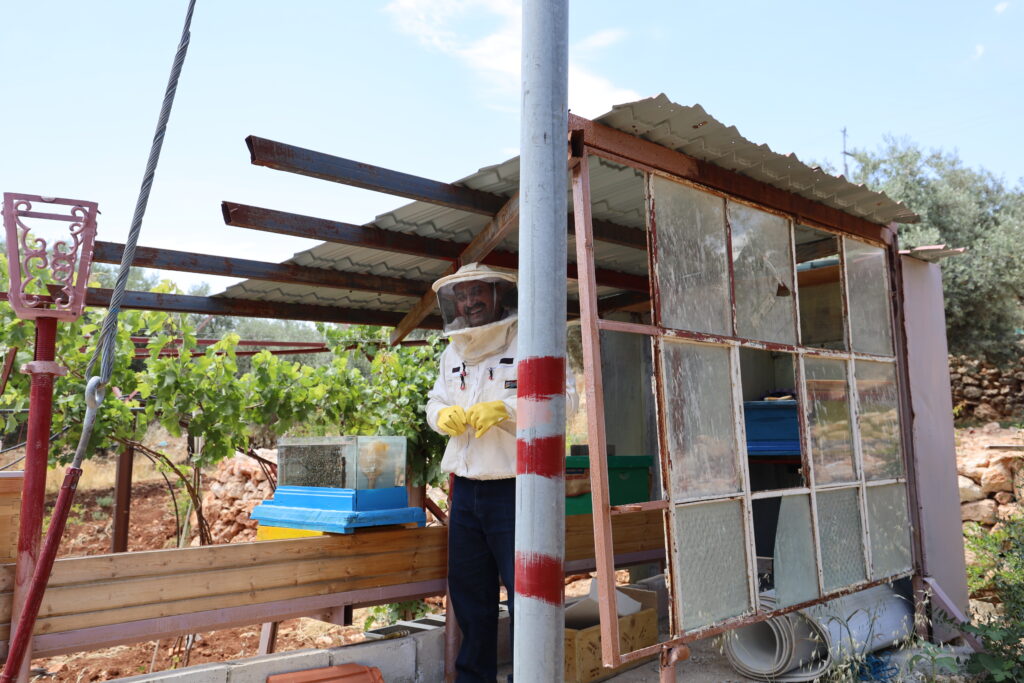 Abu Rashid started his beekeeping venture after finding a hive near his home. 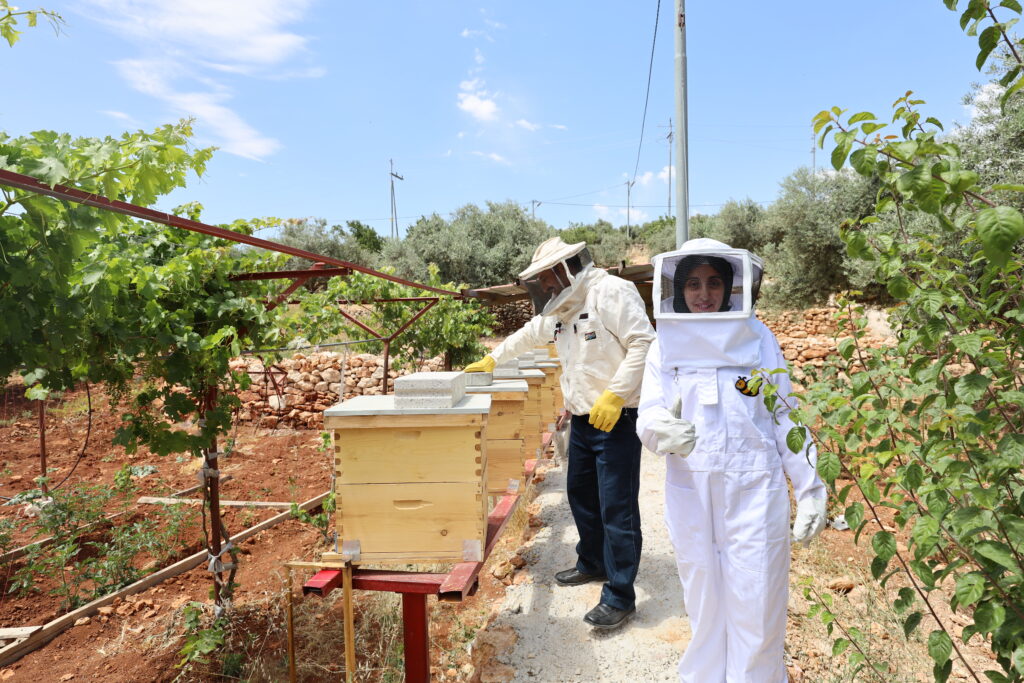 Abu Rashid’s business, with support from Smart DESERT, has created additional jobs for his children.

Through the Smart DESERT project, Abu Rashid was provided with more beehive cells and equipment that doubled his production from the previous year and increased his sales by 40 percent. The income from selling honey covers his basic needs throughout the eight-month beekeeping season and allows him to pay off loans.

“Our family now has a new source of income,” said Abu Rashid. “Our business is growing. My son and daughter came to work with me as beekeepers after they graduated from university.”

Smart DESERT is funded by the French Development Agency and is implemented by a consortium of organizations, including Blumont, and led by the International Union for Conservation of Nature. Since the beginning of the project in 2021, Smart DESERT has registered and licensed more than 143 home-based businesses and provided entrepreneurs with legal support and trainings in business management and marketing.

Ali, another beekeeper, also received support from our team to price and market his products.

Ali has been practicing beekeeping for many years and traveled around the world to learn how to diversify his products, which include honey, wax, propolis, and pollen. Despite his expertise, Ali struggled with pricing his products to match his competitors.

Ali showcased his honey at the annual Jerash Festival in Jordan.

Our team encouraged him to get a quality certification for his honey that allowed him to raise his prices. Ali also received support to participate in the annual Jerash Festival, where he promoted his business and expanded his customer base alongside other Smart DESERT-supported businesses.

“Now, I can sell my products at a better price. The certification tests added value to my products and enabled me to compete in the market,” said Ali. “The project also allowed me to showcase my products at one of the largest festivals in Jordan, which helped me reach new customers from within and outside of Jordan.”

Nazmiya, another entrepreneur participating in the Smart DESERT project, decided to use her skills to start a home-based business that would allow her to earn an income after her husband retired. She, like Ali, produced honey but did not know how to manage her business effectively. In Smart DESERT trainings, Nazmiya learned to price and market her product to improve her sales. She also participated in the Jerash Festival with Smart DESERT support, where she offered a variety of her products. 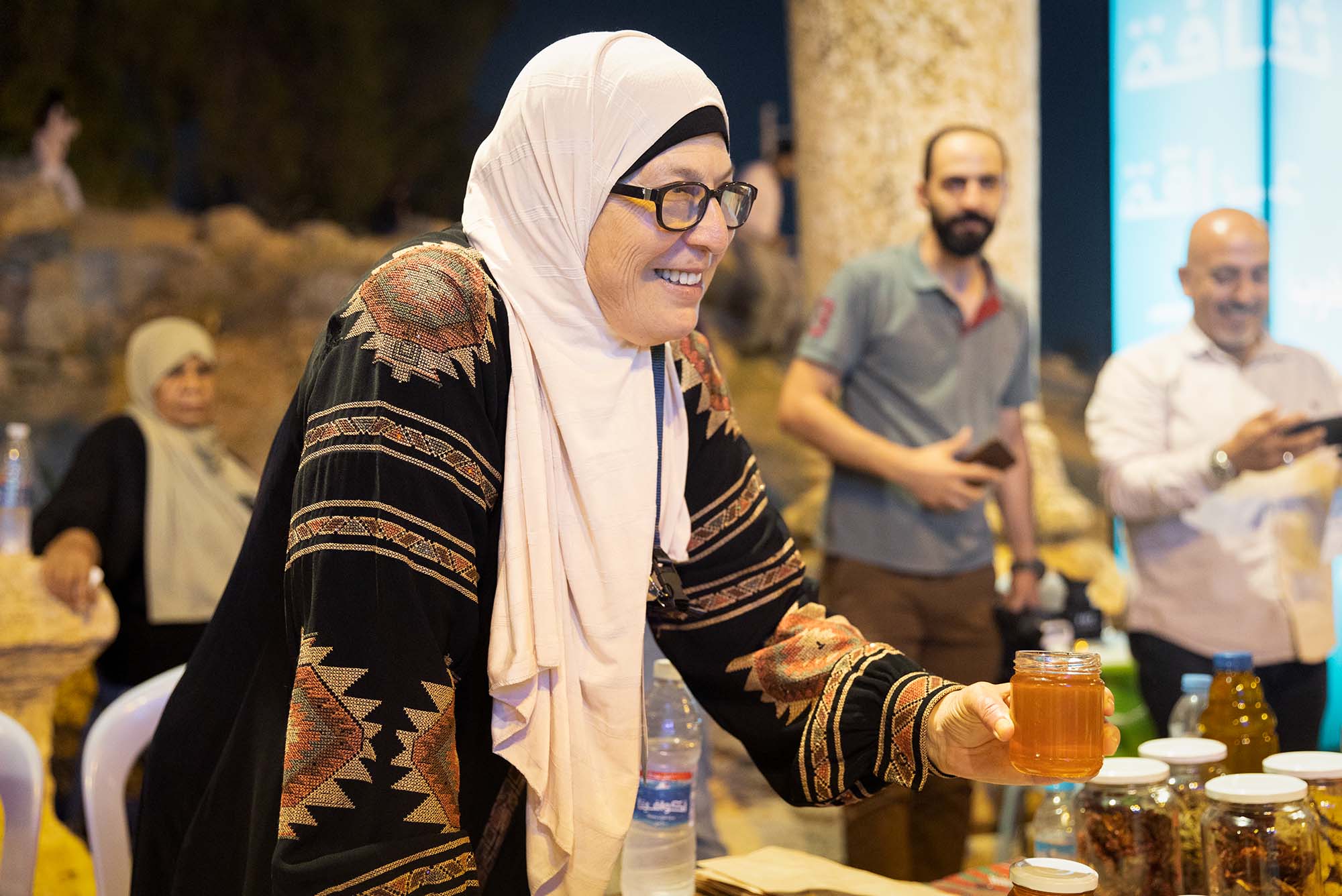 Nazmiya offered a taste test for new customers at the Jerash Festival.

“After enrolling in the Smart DESERT training, I realized the importance of marketing in addition to product quality,” said Nazmiya. “Now, I don’t miss a festival or bazaar that can introduce me to new customers. After trying my product, new customers usually come back to buy more.”