The spread of cholera and other diseases resulting from poor health and living conditions in conflict-affected Syrian communities, and especially the camps, has been and continues to be a fundamental problem. Hence, health awareness and hygiene is crucial for the prevention and control of both infectious and non-communicable diseases. Health education is a set of communicative activities aimed at informing people about healthy living and warning them of the dangers of epidemics to secure a vigorous life.

Fayez, a ten year old child, was with his mother Noor and father Daham in Ain Issa Camp for about ten months. In one of Blumont’s health awareness sessions on 22 May 2018, Blumont staff noticed that Fayez had a skin disease around a chin mole. Hoping to address the issue, the team visited his family’s tent and explained to them the importance of health awareness in their lives. Fayez’s mother attended an awareness session where she was told it was necessary to go to the Medical Point. The doctor diagnosed Fayez’s case as having impetigo (a skin infection) caused by uncleanliness and sweat—a common hazard in crowded and hot places. During the team’s second visit, Fayez was seen healing and by the third visit, he had completely recovered. The family thankfully said, “Our son was a beneficiary of Blumont sessions.” 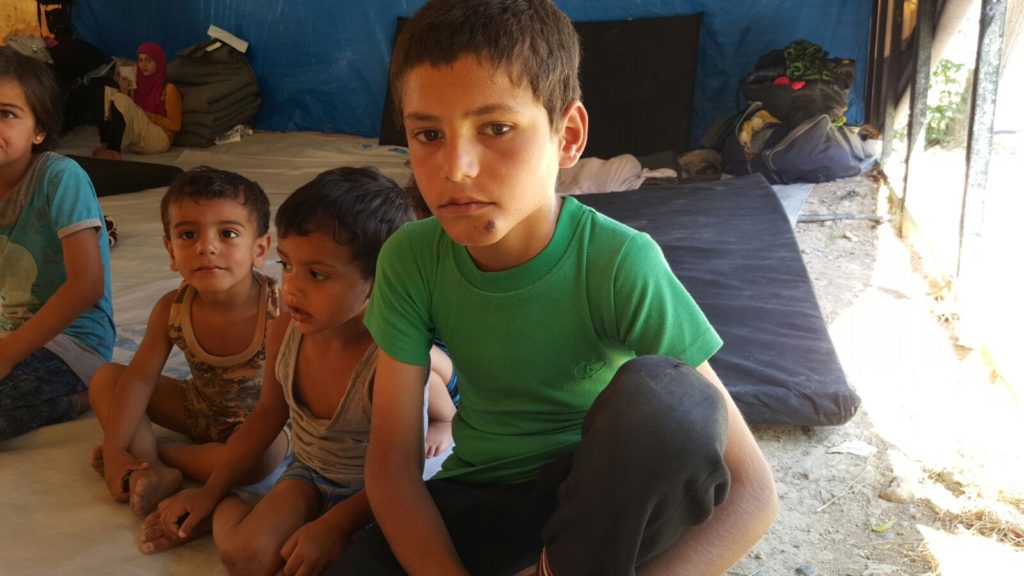 During such health awareness sessions,  residents learned how to store water and were educated not to waste water and preserve the camp containers, tents and taps. They were also informed that the unhealthy ponds around the tanks could cause leishmaniasis (a parasitic disease), scabies, and other diseases. They were taught to sort out wastes (plastics, foods, etc.) to avoid interaction of materials to avoid diseases. Likewise, parents and children were taught personal hygiene strategies, including washing hands with soap and water. 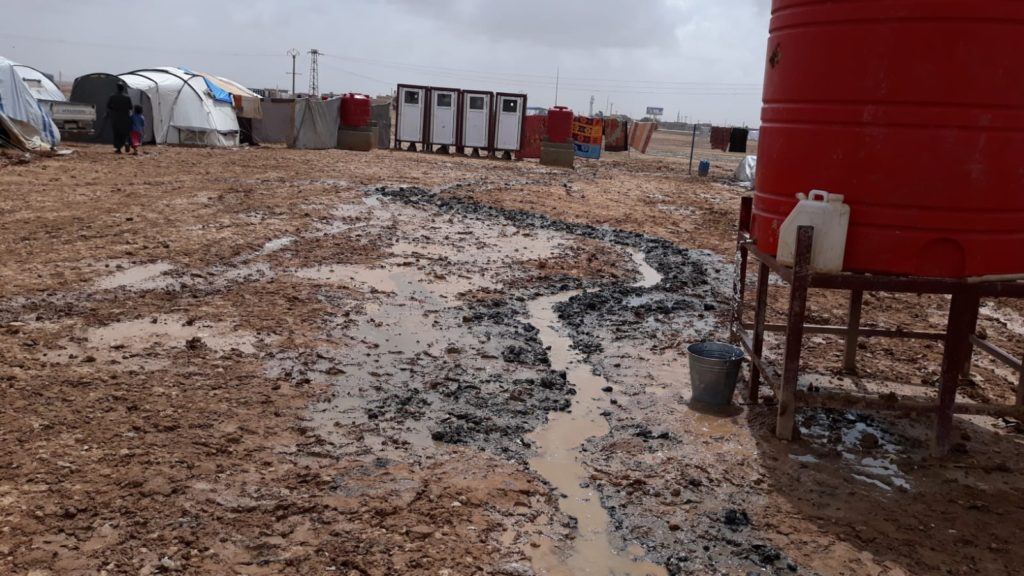 Sewerage in Ain Issa Camp, 29 May, before the Hygiene Promotion campaign 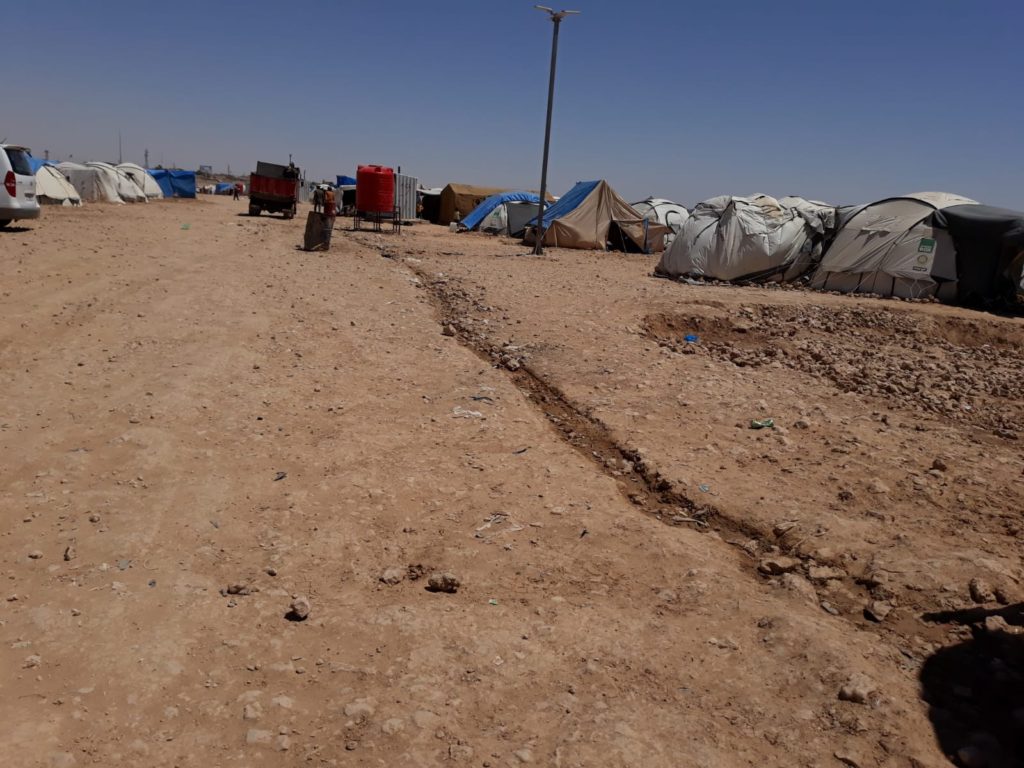