Hussein, a young man from Al-Hol town, was deeply depressed and had developed obsession and compulsion due to the war. He had grown aloof and had suicidal tendencies.

In April, following his mother’s advice, Hussein attended four Stress Management awareness sessions organized by Blumont. During the sessions Hussein spoke about his distress with the facilitators. The staff, by teaching him coping mechanisms, holding one-on-one sessions with him and offering to provide advice over the phone, triggered a momentous change in his life. After initially rejecting the idea of marriage, he decided to start a family. He found a job laying ceramic tiles and showed desire to master it. 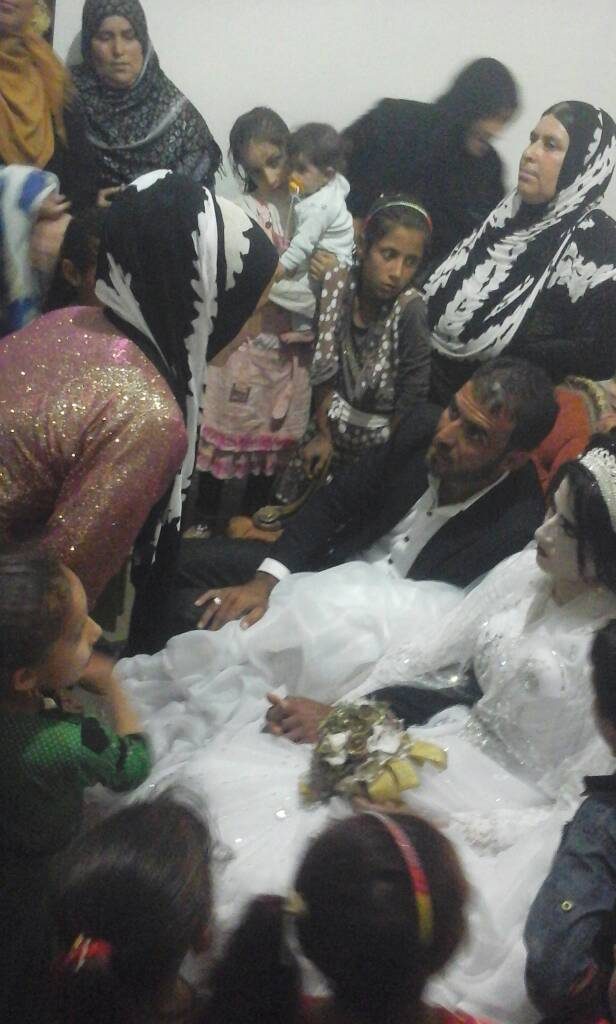 Hussein at his wedding

As a part of this initiative, a total of four Stress Management and three Self-Esteem sessions were held in April and May in Al-Hol town. On average, 20 men attended each session.

Hussein and his mother are very grateful for Blumont and its Protection team for organizing the Stress Management sessions and bringing happiness back into his life.

Hussein and his niece