Across northeast Syria displacement camps, where young people make up the majority of the population, Blumont teams keep children engaged in lessons and activities to help alleviate the daily stresses of camp life.

In one camp, chess quickly became a favorite activity. Participants found the game not only fun to play, but also a competitive way to learn problem-solving and decision-making skills.

Sarah was displaced from Hama with her family five years ago, forcing her to drop out of school after third grade. She joined the chess sessions at the camp, starting as a novice player. Once she learned the names of the pieces and their movement, she began playing regularly and quickly picked up the strategy of the game.

Now 13 years old, Sarah is one of the top players among children her age. The sessions have not only helped her discover a new hobby and talent, but also provided her with a safe space to learn, make friends, and build her self-confidence.

As interest in chess grew, Blumont created a chess league to encourage children of all ages to play and compete. Sarah quickly signed up and after multiple rounds, became the league champion. 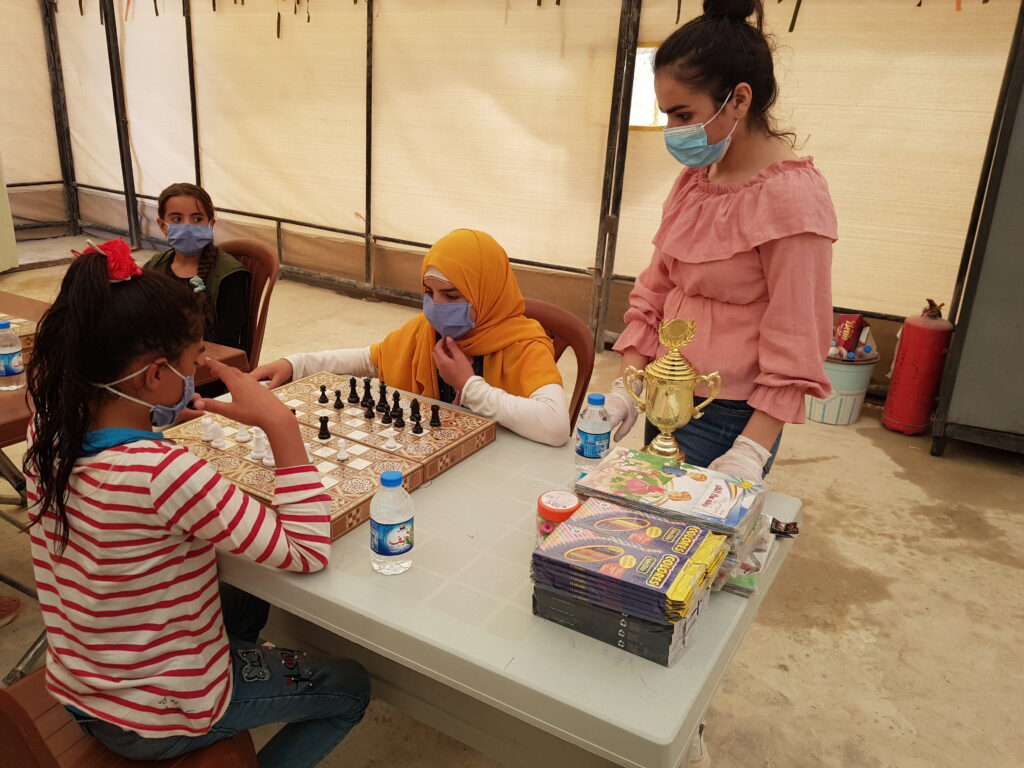 Sarah plays against her opponent in the final round 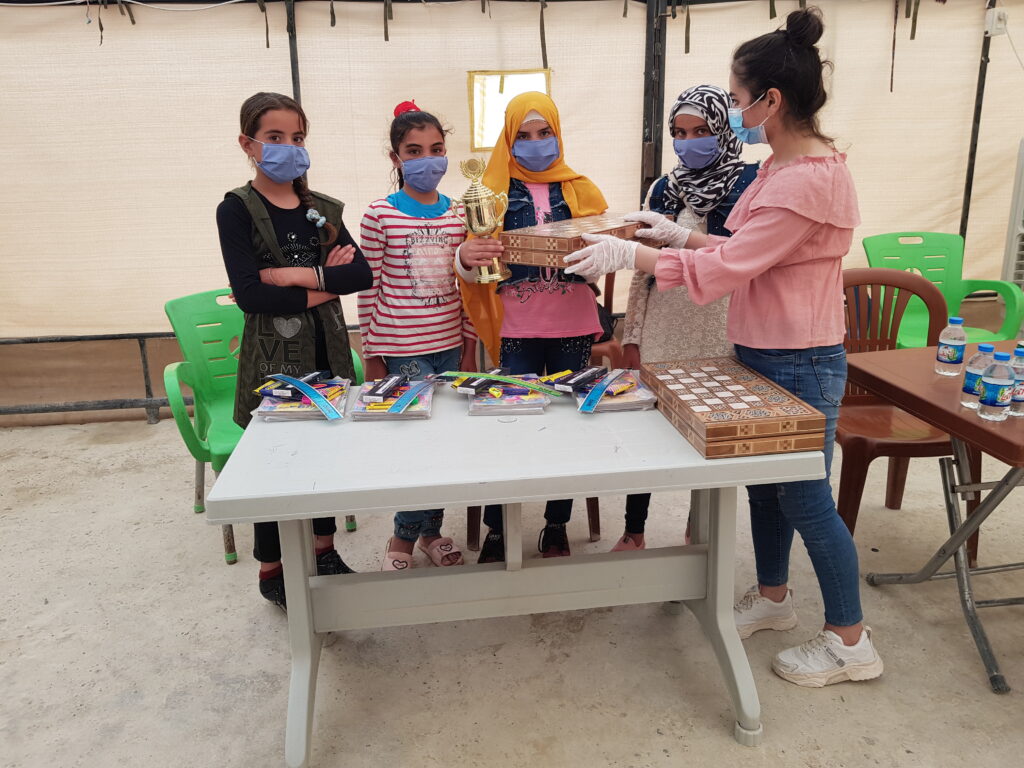 Sarah stands alongside the other competition finalists after winning the championship

“This is the first time I joined a competition,” Sarah said. “I was excited and wanted to share the joy with my parents. Playing chess gave me my confidence and focus back. I’m still in the beginning stages and am very motivated to continue.”

As the competition winner, Sarah was awarded a trophy and her own chess set. She continues to practice at home with her family and at Blumont’s sessions, encouraging her neighbors to attend with her.

Robots for Change: Youth Use New Skills in Innovative Ways