When the war started in Syria, six-year-old Mohammed and his family fled bombing and shelling by taking shelter in refugee camps. Dealing with the stress of displacement—mentally, physically, and economically—was made harder by a disability affecting Mohammed’s hand.

A dislocated joint in his left hand prevented Mohammed from doing normal tasks like playing games with his friends and helping his family with daily needs. His mother is the sole provider for him and his four-year-old sister, and she struggled to care for his needs while adjusting to life in the camp and a lack of income.

Blumont works to support and empower vulnerable people in camps throughout Northeast Syria through the USAID-funded Supporting IDP Settlements Program. When Muhannad and Najwa, two Blumont team members, noticed Mohammed and his family’s struggles, they were determined to help them.

The team connected Mohammed’s mother with two job opportunities in the camp, and coordinated with local authorities to have Mohammed’s hand evaluated by doctors. 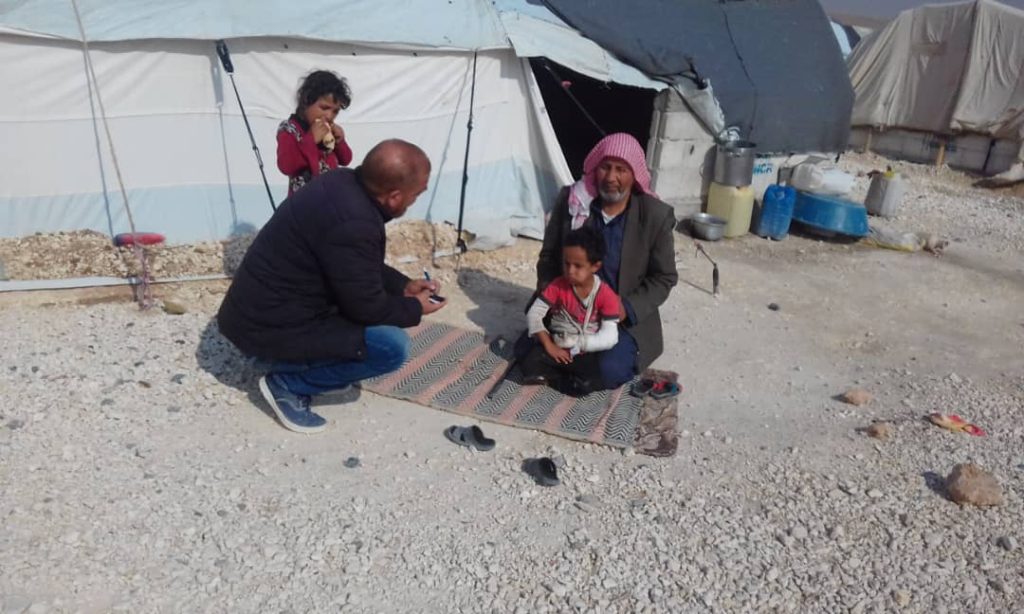 Health staff determined he needed a surgical procedure and referred him to the nearest public hospital where he received the much-needed surgery in October. Using the income from her jobs at the camp, his mother was able to pay the hospital fees and support him in recovery.

Now on the mend, Mohammed is looking forward to seeing his friends and playing games without restrictions. Blumont’s team continues checking in on the family to ensure his recovery goes well, including physical therapy when he is ready. His mother says his physical and psychological health have improved thanks to the surgery.

A New Ability to Sew Hope