Following the liberation of Mosul from ISIS control, many families returned to find their homes severely damaged by the fighting. Blumont’s UNHCR-funded Cash for Shelter project supports families living in West Mosul to rehabilitate their homes.

“My name is Ahkam, one of the residents of the Old City of Mosul, Iraq. I was living a normal life with my son, his wife, and three beautiful children until ISIS occupied Mosul.

We stayed in our house throughout the period of ISIS control until April 23, 2017 when, during the liberation operations in Mosul, a mortar shell hit our house. My son and I were severely injured, and our house demolished. The mortar nearly cut my son’s leg and left my foot partially paralyzed. 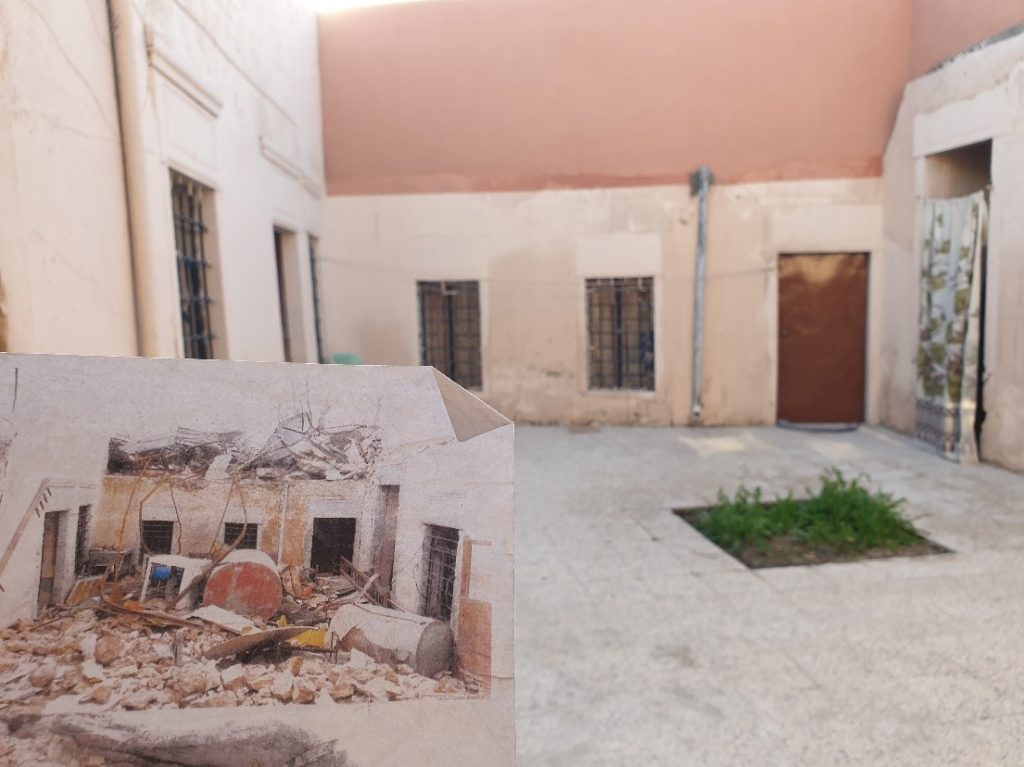 A photo of Akham’s home before rehabilitation compared to now

We fled and stayed with our relatives for two months, until their house was also hit by a missile. We had to move again to another relative’s house until the liberation of Mosul. When we thought the area was completely liberated, we started heading back to our house. We were only steps away when an ISIS sniper opened fire on us, killing my ten-year-old grandson and his twelve-year-old sister. My third grandchild was the only one who survived, with an injury to his left-hand, partially paralyzing him.

For two years, I was unable to walk because of my injury. After my feet recovered and I was able to walk again, we signed a contract to rehabilitate the house with Blumont under the Cash for Shelter project. 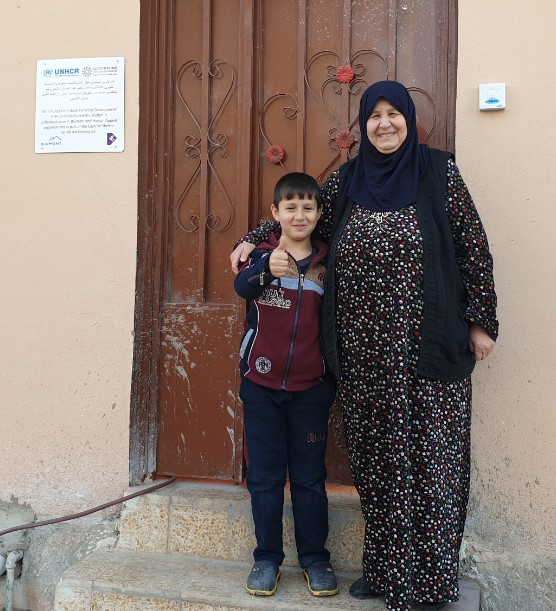 Ahkam and her grandson stand outside their rehabilitated home

Two months later, we have completely rehabilitated our house. My son, grandson, and I now live in our old house once again. My daughter-in-law refused to return with us. She cannot bear to live in a place that holds so many memories of her children.”

“I am Emad. I used to live in the Old City of Mosul, where I worked daily selling female accessories to support my family of 19 individuals. My mom is 73 years-old and lives her life in a wheelchair. Most of my other family members are deaf and mute. I have become exhausted from the pursuit of medical treatment for them all.

During the battle against ISIS, we were forced to flee after an airstrike hit our house during the governorate’s offensive to retake the city. The house was severely damaged when I returned to it years later. Approximately $3,000 was needed for all the repairs to rebuild the house and make it inhabitable for me and my family. I couldn’t afford that nor could I afford renting an apartment in East Mosul.

After receiving installments from Blumont under their Cash for Shelter Project, I was able to rebuild the house and complete the necessary repairs to ensure that my family would be living with dignity. I can now return to my life and work again to support them. Rebuilding my house has been like rebuilding my life.”

“My name is Wijdan. I live in the Old City of Mosul. I lost my husband in the Iraq-Iran war in 1983 while I was pregnant with our first child and gave birth to our daughter in the same year. Since we had no breadwinner, my nephew provided for us.

Our life was very happy until ISIS occupied our city in June 2014. For three years we suffered under ISIS rules. One day, during the governorate’s offensive to take back the city, my son-in-law went out looking for food and water from the city’s liberated areas, which was forbidden by ISIS. He got caught. On his way home, some ISIS members arrested him. They killed him and delivered his body to us. Imagine the trauma his eight-year-old daughter endured after seeing her father’s dead body on her doorstep.

We fled to my brother’s house. We could not feel safe anymore. 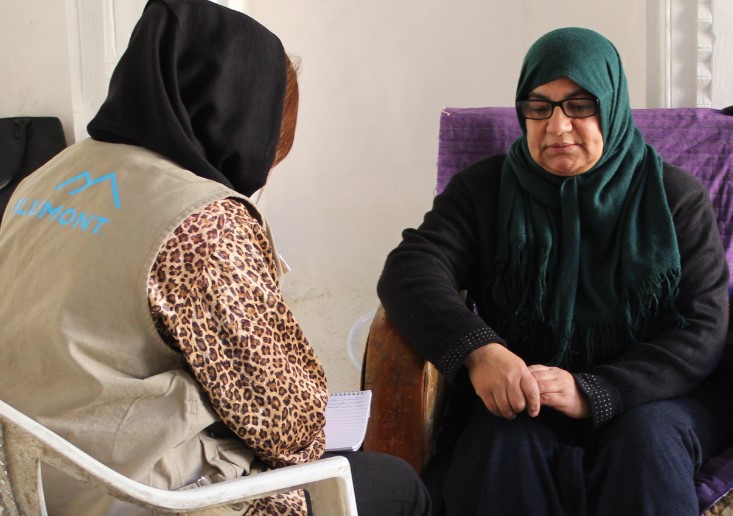 When we returned to see our house after the liberation of the city, we found it partially destroyed and burned by the fighting. The repairs would cost almost $3,000, which was too expensive for me to handle. Thankfully, we were able to restore our home through Blumont’s Cash for Shelter project. We repaired the damages, rebuilt the demolished walls, and repainted the whole house.

Today, we live again in our beautiful home. Everything has come back as it was before.”

From Isolation to Participation: A Young IDP Finds His Place