Rehabilitation of Indigenous Cultures in Colombia: The Main Rituals of the Nasa

“I want to tell the whole community and our elders that the recovery of this practice is very important to us. I hope we do not let our culture die. It is the legacy of our ancestors, the foundation of the Nasa people, and our resistance.” – Nasa man in Toribío

For years, armed conflict forced the Nasa people of Toribío, an indigenous group in Colombia, to sacrifice their rights and ancestral lands. Displacement prevented the Nasa from practicing traditional medicine and cultural rites, including rituals and offerings. Now, five traditional rituals that were a cornerstone of Nasa culture are again being performed as Colombian communities rebuild after armed conflict.

Through the U.S. Department of State Bureau of Population, Refugees, and Migration-funded Closing Gaps program, Blumont helps rebuild the social fabric of communities and preserve the traditions of ethnic groups, like the Nasa, who were affected by armed conflict and displacement.

The ability to practice these rituals again has helped the Nasa community recover from years of armed conflict. The work also contributes to measure 17 of the Integral Plan for Collective Reparations of the Nasa Project—an association of Nasa Indigenous Communities of Toribío, San Francisco, and Tacueyó—which addresses the importance of the revitalization of Nasa cultural identity, while strengthening Nasa self-government and its ability to recognize, promote, and exercise autonomy.

Blumont documented as the Nasa revived their five rituals last year. A photo exhibit featuring images and stories from the rituals opened February 10, 2020 in the Cultural Center in Toribío. Supported by Closing Gaps’ community rehabilitation efforts, and with the participation of the Nasa Project as well as the municipal government of Toribío, the exhibit follows Nasa spiritual elders (Kiwe The) and Nasa communities performing each of the five rituals. The exhibit is an opportunity to share Nasa culture and raise awareness of their ancestral knowledge, while promoting emotional recovery and cultural preservation.

The exhibit, titled “The Main Rituals of The Nasa” features photos and descriptions of each ritual, a selection of which are shared below. 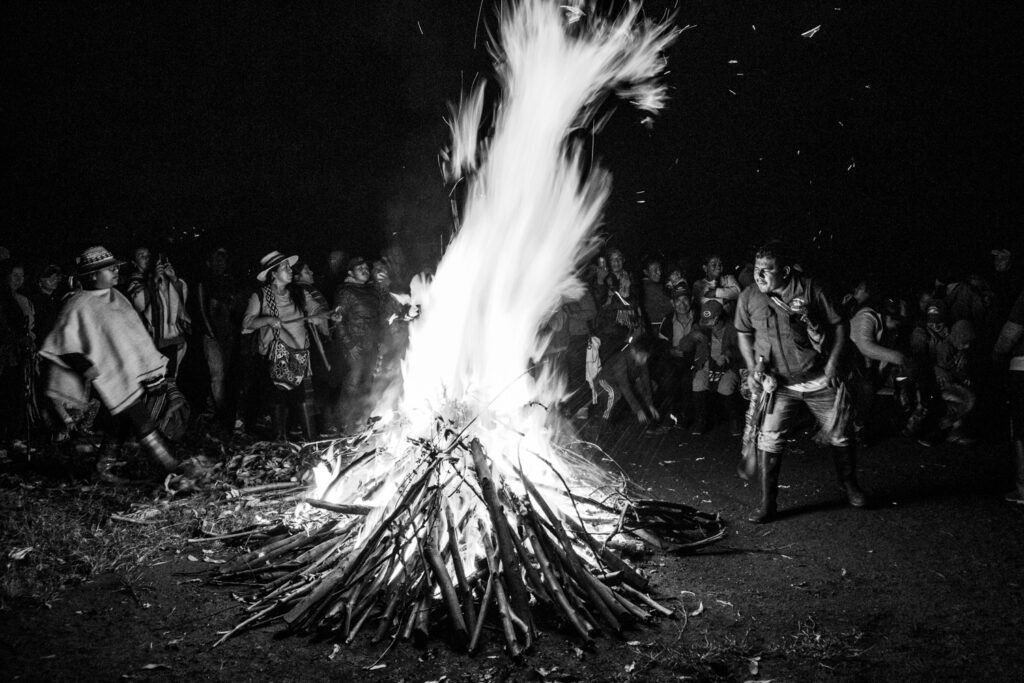 “The Ipx fxicxanxi or Put Out of the Fire”
This ritual is carried out to burn the problems of persons, families, and communities. For the Nasa people, the fire is a grandparent that guides and provides counsel, and that is why they turn to him to cleanse all conflict. 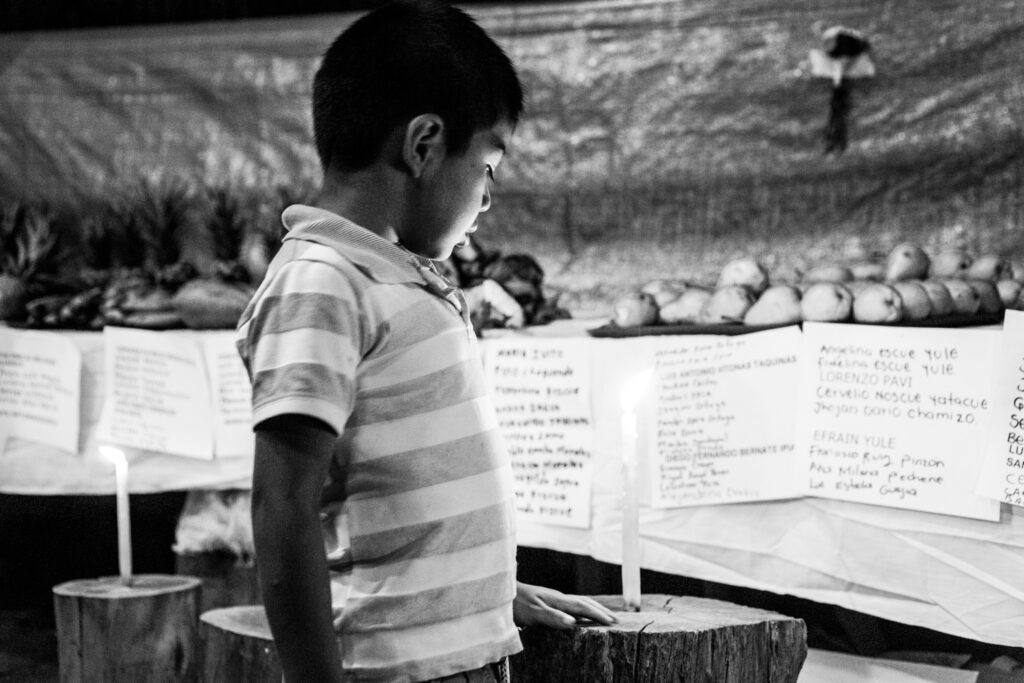 “The Çxapuç or Offering to the Spirits of the Dead”
In this ritual for the dead, an offer is presented to the spirits that are no longer part of the earthly plane to be in harmony with those beings that accompanied them in their journey in the territory. 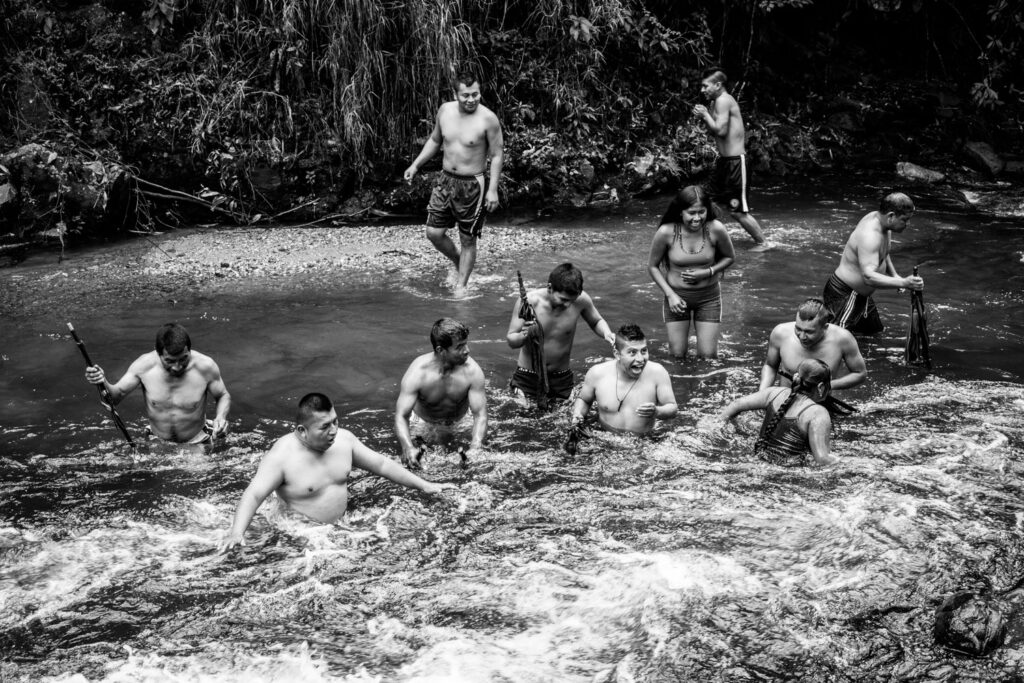 “The Khabu fxizehnxi or Refreshing of the Batons”
This ritual is conceived for the harmonization and cleansing of the batons of the Nasa authorities, which are the guardians of the spiritual balance in the community and territory with their ancestral knowledge. 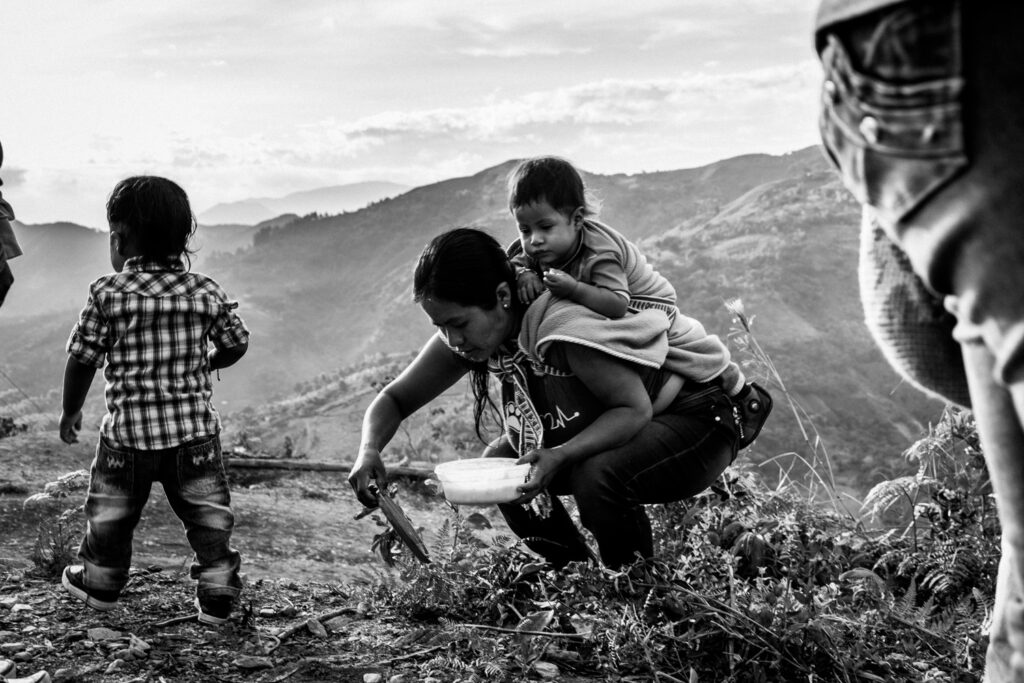 “The Saakhelu or Awakening of the Seeds”
In this ritual, the people offer to the guardian spirits of mother earth (Kiwe-uma), the sun (Sekh), the moon (A’te), the rain (Nus), the wind (Guejxia), the fire (Ipxh), the condor (Khdul), the hummingbird (Eckwe), and the seeds of the plants, animals, and persons in order to produce all year in abundance and harvest in harmony. 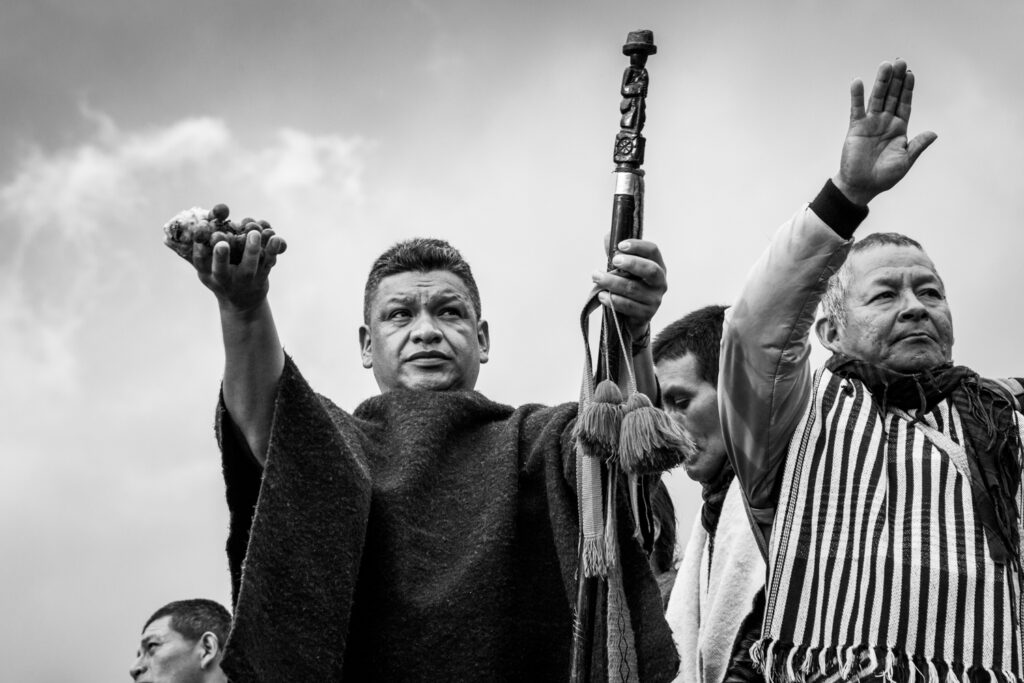 “The Sek Buy or Nasa New Year”
In this ritual an offering is made to father sun and the Nasa New Year is received. The Sek Buy is a ritual of the Nasa community and families to gather, offer, give thanks, revitalize, and clean the bad energies that have accumulated throughout the journey of mother earth (Uma Kiwe) around father sun (Sek).