Kawthar and her family of six came to Jordan in 2012 as refugees from Syria with dreams of owning their own business. Seven years later, she has become the very first Syrian to register her home-based business in Jordan.

Kawthar has always been an entrepreneur. When they first arrived in Jordan, she and her husband began their own tailoring business to support themselves but lost everything when their store was robbed. They took on a massive debt, but while working to pay it off, Kawthar had an idea that her homemade pickles would be the key to her future success.

After sharing some of her pickles with neighbors and relatives, she was surprised to find they couldn’t get enough of them. Kawthar began selling the jars, and her hobby soon became an informal business that provided a large source of income. 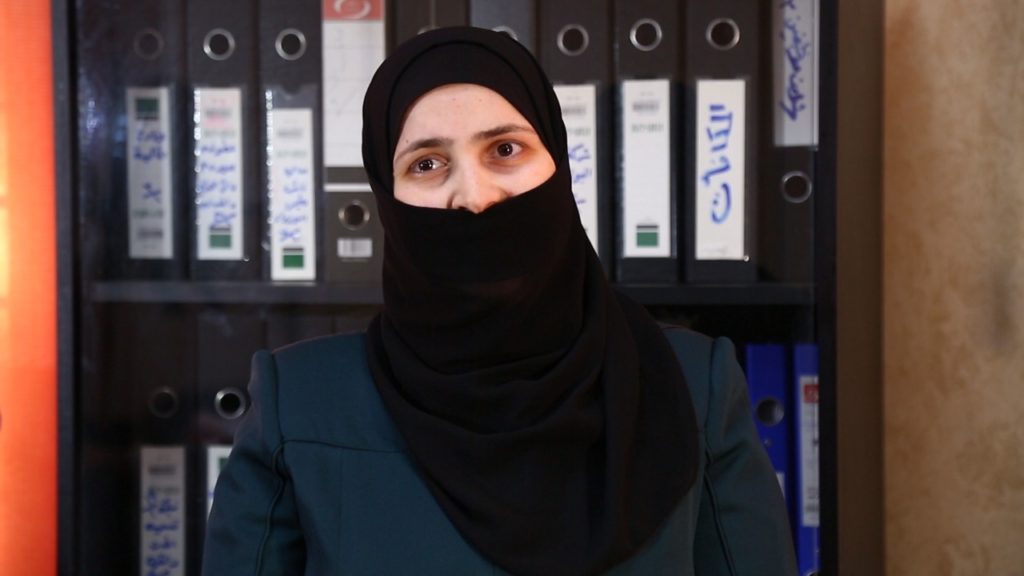 Seeking guidance on improving and expanding her efforts, Kawthar learned about the UNHCR-funded Jordan Livelihoods Program (JLP), which offers specialized training to home-based business owners to help expand economic opportunities. The program builds entrepreneurs’ skills, helps them register and license their businesses, and brings them into new markets. She decided to enroll.

Supporting sustainable livelihoods and Jordan’s economic growth, the project has been designed for quick impact and aims to support 100 home-based businesses owned by vulnerable Jordanians or Syrian refugees across the Kingdom, from Ma’an, Tafileh, and Karak governorates in the south to Irbid and Mafraq in the north.

Kawthar is one of nearly 100 entrepreneurs who have registered their businesses through the program and is the first Syrian refugee to do so. After the Government of Jordan and Ministry of Labor issued a new decision to allow Syrian refugees to register and operate home-based businesses in 2018, the official registration of Kawthar’s business shows the potential that refugees have to contribute to their local community.

“My dream is to broaden my business and to have a private shop where I can sell my products,” Kawthar said. “Now I feel that one day I will achieve this dream.”

Following training sessions on management, marketing, finance, and other business skills, Kawthar has increased sales of her pickles and helped her husband pay nearly JD 15,000 of the debt they owe due to the robbery.

See how Kawthar has improved and grown her business through UNHCR’s Jordan Livelihoods Project:

The program is also benefiting Jordanian entrepreneurs. Yasmien, who learned how to embroider from her mother, owns her own business selling traditional Jordanian clothes with intricate stitching.

An accident several years ago left Yasmien in a wheelchair and with limited use of one of her hands.

“I want to work, but when I interview, they say there is no job for me,” Yasmien said. 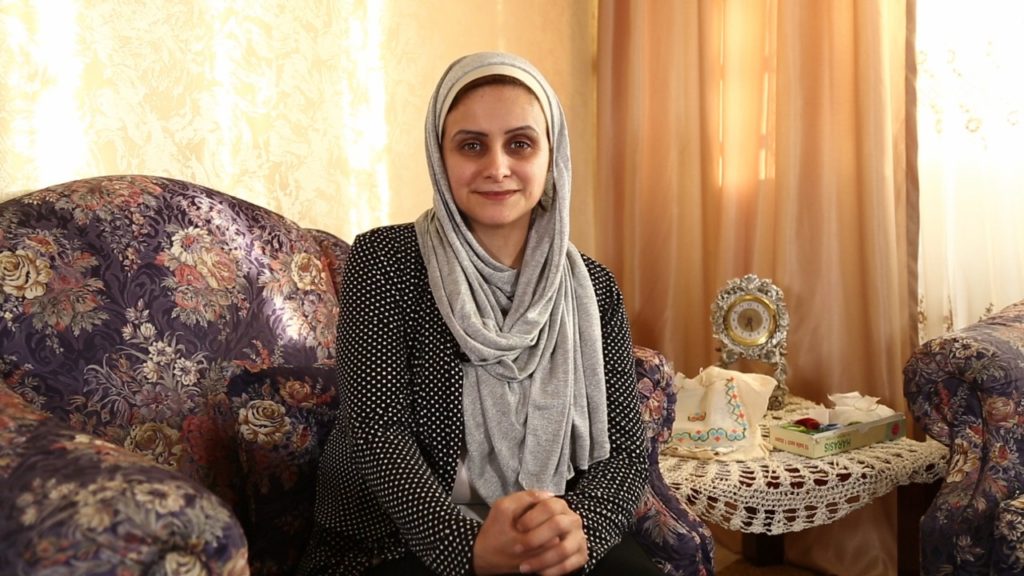 She decided to find her own way of making money. Starting out by selling embroidery to family and friends, more and more people noticed her work and contacted her for commissions. She brought her products to bazaars to attract more customers.

Several people who knew about Yasmien’s endeavors recommended she enroll in JLP, and she began attending marketing and finance trainings.

“The marketing and finance lessons have been particularly helpful,” Yasmien said. “They have helped me learn how to better share my work, and I feel like I am better prepared to plan and manage what I put into the business.” 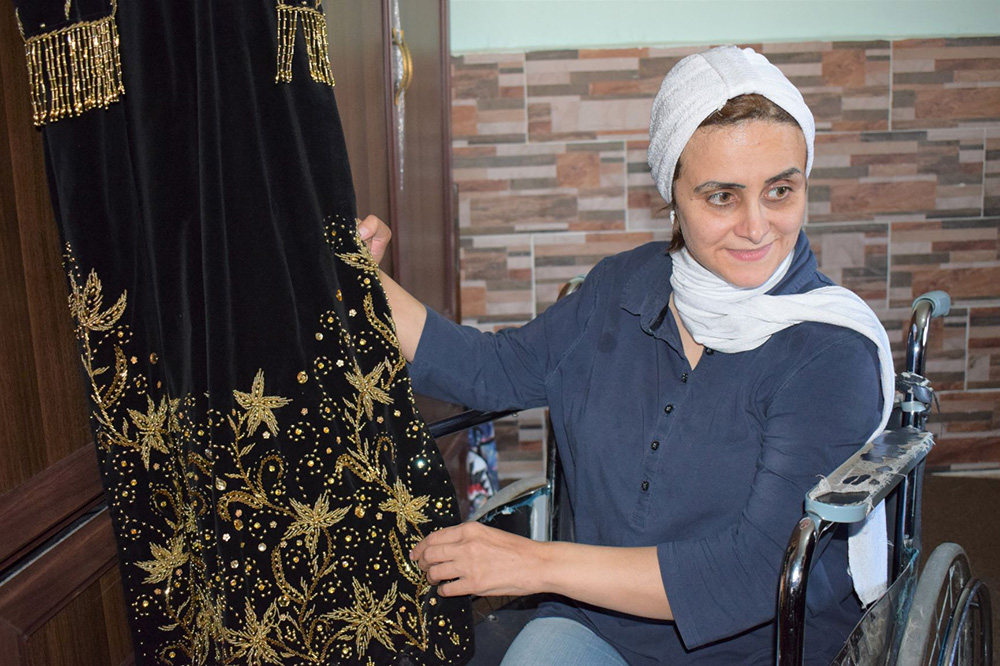 Now officially a registered and licensed home-based business owner, Yasmien has ramped up her business and is entering into a partnership with Souq Fann, an online shopping platform where she will sell products like embroidered shawls. She has also begun offering free trainings to deaf and disabled people to teach them how to make small accessories and give back to her community.

Kawthar and Yasmien were supported by the UNHCR-funded Jordan Livelihoods Project, which strengthens livelihoods and economic opportunities in Jordan through home-based businesses owned by Jordanians or Syrian refugees.