From Farm to Market: Generating Year-Round Income for Smallholder Farmers

In his studies and experience with the family business, Anwar noticed an absence of agricultural food processing facilities for farmers in Mafraq. Processing and storage units were only accessible for those farming on a large scale, leaving smallholder farmers with limited means for packaging and keeping produce fresh.

“The costs of sending produce to the available units were too high for them to afford,” said Anwar. “They also couldn’t store produce over time, so they were forced to sell it right after harvest and often had to accept lower prices.”

The only available facility for smallholder farmers was in Amman – a 69-kilometer (43 miles) journey – and farmers had to cover the cost of transportation and face the risk of products being damaged by heat or travel. To fill this gap, Anwar opened Souhoul Al Ola in Mafraq, with the goal of offering packaging and storage services to smallholder farmers. After identifying a location for the facility, Anwar realized that he could not afford to purchase the equipment needed to start operations.

With support from the Smart Desert project, Anwar was able to install a food production line and a freezer for produce storage. Farmers pay a small fee to send their produce to Souhoul Al Ola where trained workers inspect and sort it to ensure only quality fruits and vegetables are sold to market. The produce is then packaged and stored in the freezer or prepared for sale. 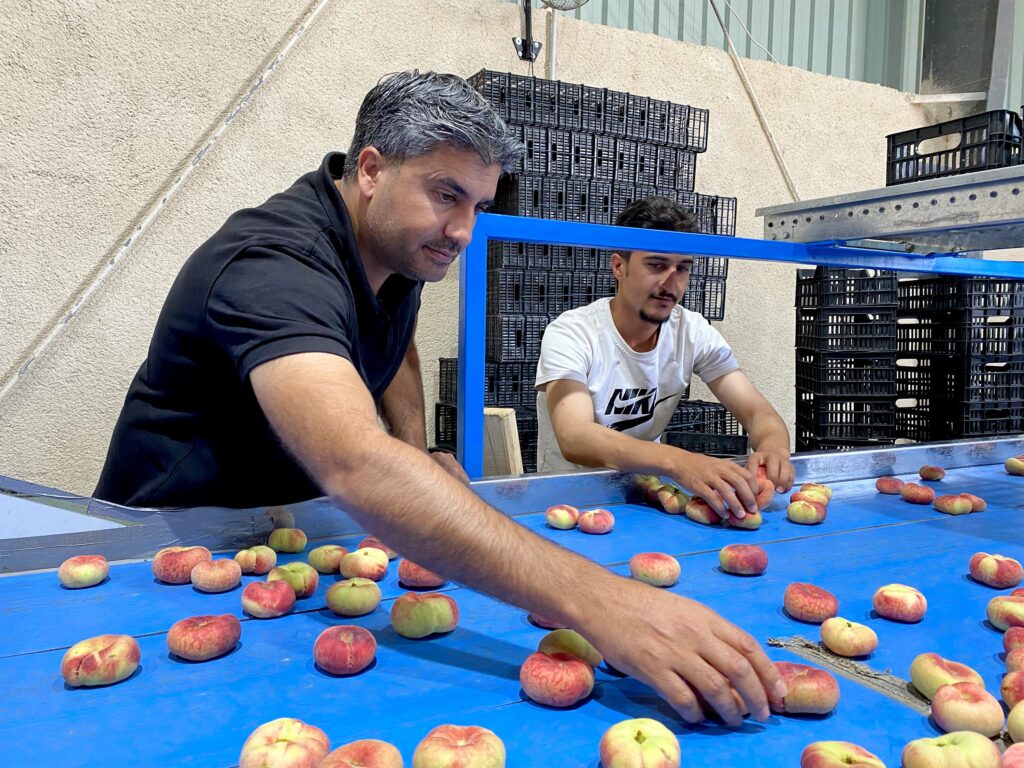 Farmers have the option of immediately selling their products or storing them in the facility for sale in the off-season, creating opportunities for year-round income generation. Some farmers choose to sell their produce directly to Souhoul Al Ola to guarantee the sale of their crops each season. Anwar then sells products to local markets or distributors and uses profits to continue operations.

Funding from the project has allowed Anwar to hire 100 people, 70 percent of whom are Syrian refugees. Souhoul Al Ola is also ensuring that employees are processing and packaging local farm products in a safe working environment—a drastic change for many of these daily laborers. 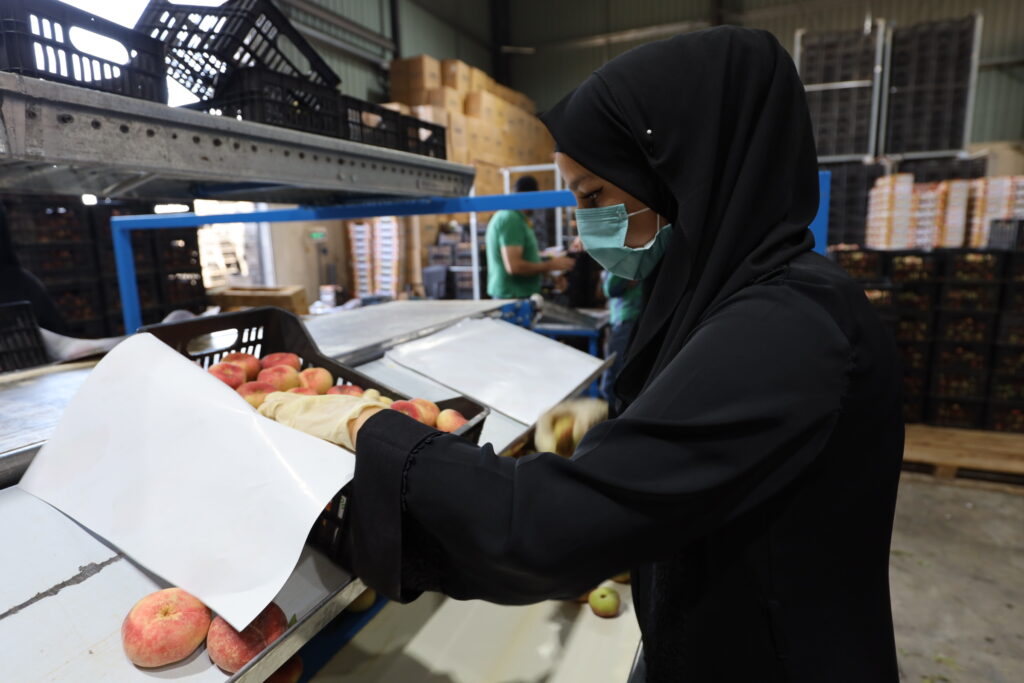 By working at Souhoul Al Ola, Fatima is supporting her family of six and saving up for school.

Fatima, an 18-year-old Syrian refugee who works at the processing unit, dropped out of school at a young age to support her family. She was often forced to take on labor-intensive jobs that were unsafe for women. At Souhoul Al Ola, she and other employees have a safe place to work, and her rights are protected by labor laws.

“I used to work in farms where the conditions were not suitable for women as we did not have bathrooms and had to leave our houses before dawn,” shared Fatima. “Working at Souhoul Al Ola has been a shift in my life. I am now treated with respect.”

With the income she earns, Fatima is now able to support her family of six. She is also saving up to go back to school, where she hopes to pursue a degree in medicine. 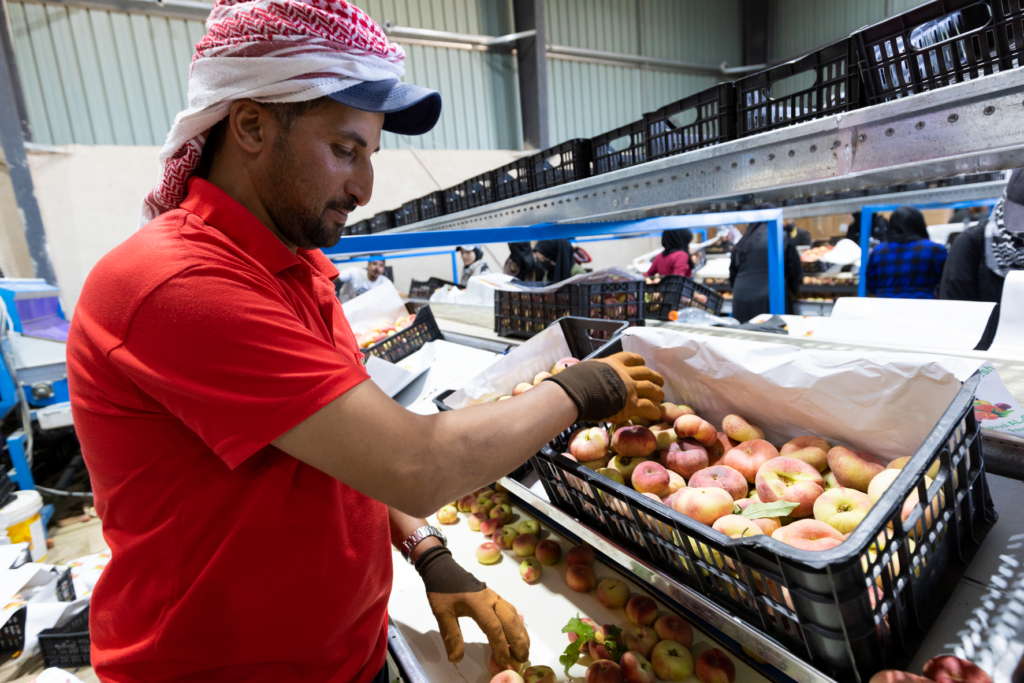 For many in agriculture, income and reliable work come and go with each growing season. Mowafaq, a 30-year-old Jordanian, had struggled to build a consistent livelihood, but Souhoul Al Ola has given him a new opportunity.

“I have been looking for job opportunities for years. I wanted a stable job, which is rare in the agriculture sector,” said Mowafaq. “I am grateful for this opportunity because now I have a stable income.”

With support from our team and the Smart Desert project, Souhoul Al Ola continues to grow, and Anwar has hopes to reach even more people. 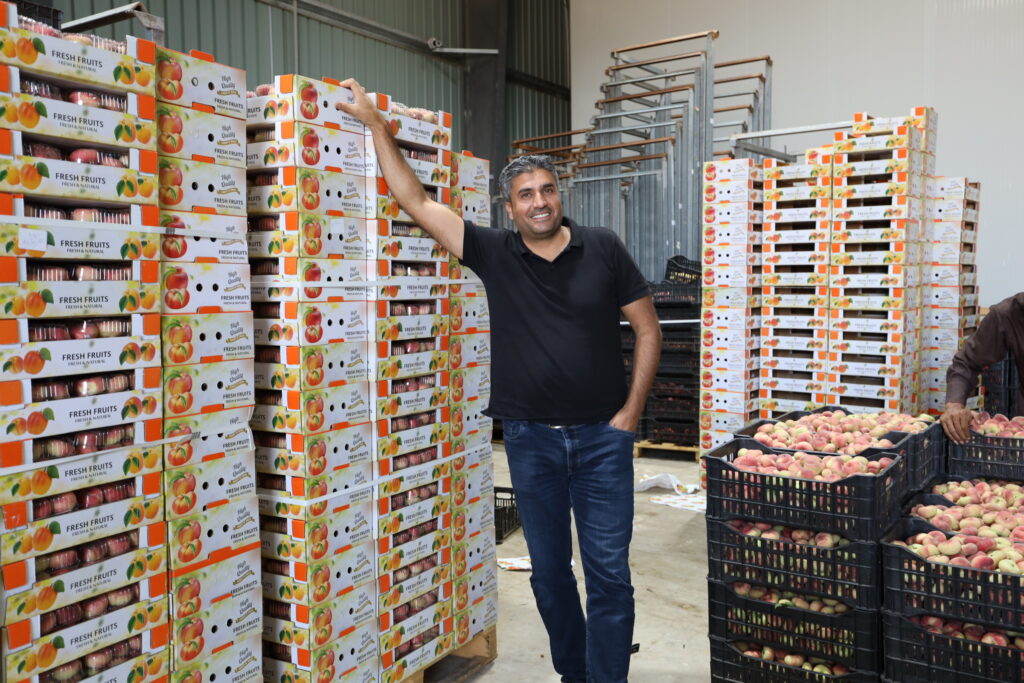 “The production line has allowed me to grow exponentially. We can now process and sell 50 percent more,” said Anwar. “We have also begun exporting our food to Iraq, Kuwait, Saudi Arabia, and Egypt, among other countries.”