The Nasa people are Colombia’s largest indigenous group, with 34,000 people living predominantly in the department of Cauca. Years of civil war in the region displaced thousands of families, disproportionately affecting women and children. Through the Closing Gaps program, the Nasa are reclaiming their territories and their traditions.

The identifying characteristic of the Nasa indigenous group in Colombia is their deep connection to the natural world and their ancestors.

“The balance of the Nasa community is based on the direct connection they maintain with Mama Kiwe, or Mother Earth, and with the founders of their indigenous families, called the Ne’j we’sx,” explained Claudia Narvaez, a Blumont psychologist working with the Nasa community. 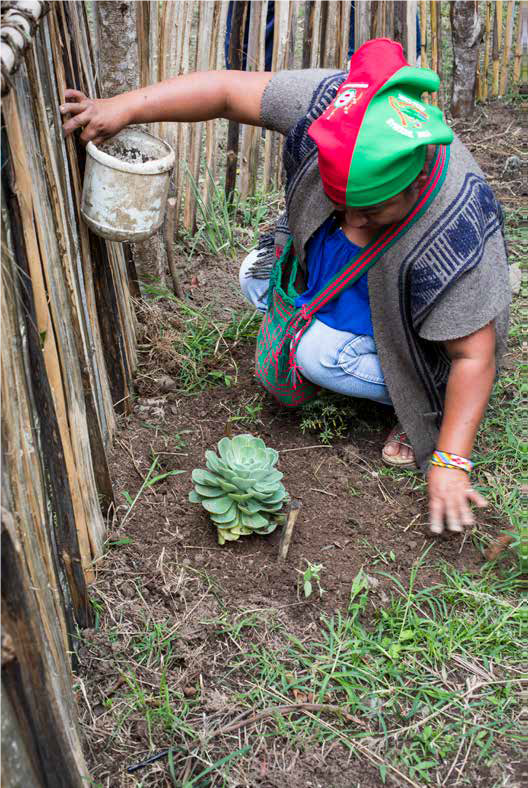 As civil war made its way through Colombia, Nasa territories became central to the conflict. Their fertile lands were attractive to cartels looking to set up drug production and trade. As drug trafficking and violence ravaged the region, the Nasa fled their homelands.

Compounding the challenges of displacement, the Nasa community was subjected to discrimination and sexual and gender-based violence. Children were also vulnerable and recruited to join cartels. These human right violations led many women and young people to abandon their culture and traditions out of fear.

“In one of my encounters with Nasa women, one of the major participants narrated the arrival of the armed conflict in the territory,” Claudia shared. “She stopped speaking Nasa Yuwe – her native language – and stopped looking in the mirror for many years because she didn’t want to see the scars the war left on her skin. She had lost all confidence in herself.”

The Closing Gaps program, now in its twelfth year funded by the U.S. Department of State Bureau of Population, Refugees, and Migration, promotes the emotional recovery of victims of violence, including the Nasa indigenous communities. Now back on their traditional lands, psychological and spiritual healing is rebuilding connections amongst the Nasa through support groups, community rehabilitation projects, and the revival of customs. The ability to practice their spiritual rituals once more is essential to rebuilding the social fabric and preserving the traditions of the Nasa. 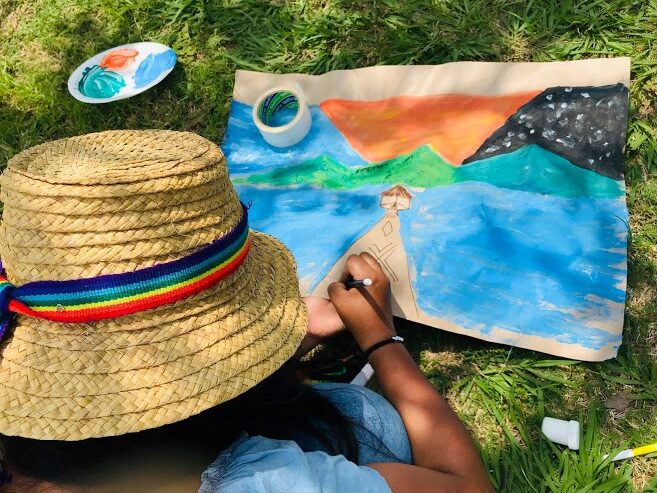 Nasa woman paints as part of an emotional recovery activity 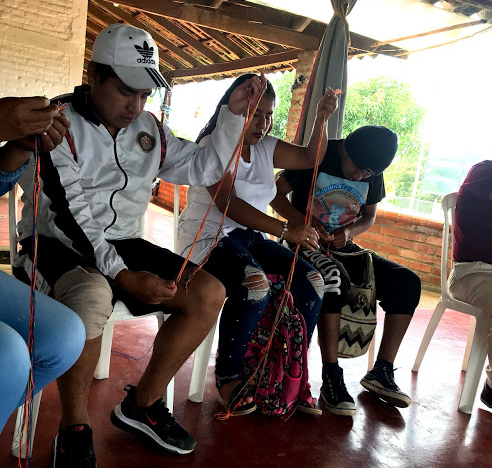 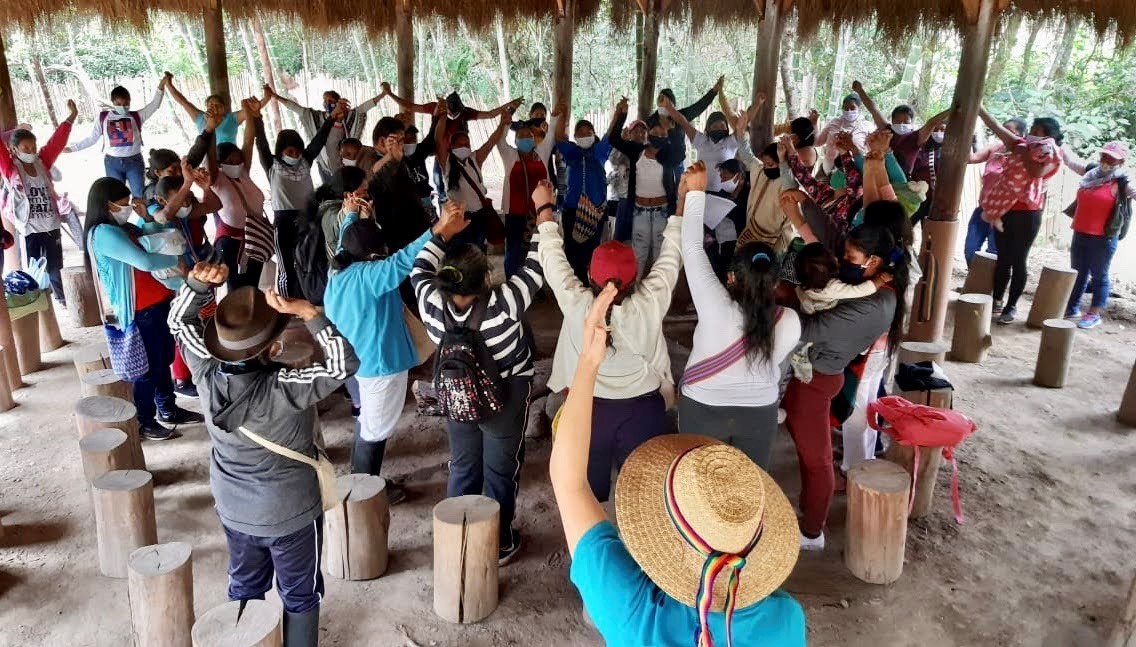 “I want to tell the whole community and our elders that the recovery of [the five sacred rituals of Nasa culture] is very important to us. I hope we do not let our culture die. It is the legacy of our ancestors, the foundation of the Nasa people, and our resistance,” said a Nasa man in Toribío.

“The recovery and spiritual revitalization of the indigenous Nasa community is vital to keep alive the ancestral memory of a whole people that has been affected by their worldview due to the conflict in the region,” said Claudia.

Challenges facing the Nasa community increased at the onset of the COVID-19 pandemic as lockdowns limited their access to the municipalities and markets where they sell their produce – their main source of income. Humanitarian assistance from Blumont helped meet the Nasa’s basic food needs, allowing them to limit movement in and out of the territories. Personal protective equipment helped to further prevent the spread of disease in their communities. 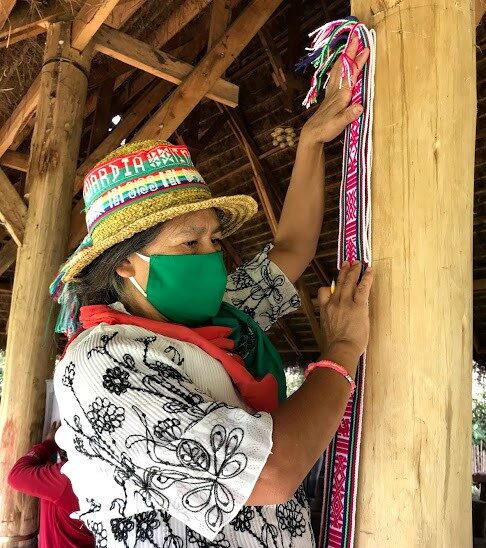 Using their strong relationship with nature, the indigenous group has sought out their own solutions to the pandemic. Traditional herbs and plants are used to make natural medicine that promotes healing and resilience to disease. The community also takes part in regular cleansing rituals to maintain harmony and equilibrium in their environments.

Re-establishing this connection with the earth has been vital in strengthening Nasa resilience to the various challenges they face, including a global pandemic. The liberation of their lands and return of their customs has given them newfound hope and autonomy over their lives.