“Before social cohesion activities began in Roj Camp, life was very difficult,” said Khalil, a member of Blumont’s monitoring and evaluation team. “Residents would only associate with people from their country. There used to be many disputes between residents of different nationalities.”

Wasima was only 25 years old when a turn of events led her to Roj Camp in northeast Syria. Originally from Morocco, she felt out of place in the camp filled with mostly Syrian and Iraqi families.

“I was feeling sad when I came to the camp,” Wasima said. “I couldn’t feel happy or make friends, and I sat alone in my tent waiting for time to pass.”

Recognizing the important role community plays in both individual and collective healing, Blumont, funded by the French Ministry for Europe and Foreign Affairs, met with camp councils, committees, and leaders to brainstorm solutions. As a result of these discussions, Blumont conducted nearly 55 social cohesion activities in 2020–including art classes and exhibitions, discussion groups, and international day celebrations–that were attended by more than 325 women.

“At first, they found it difficult to accept each other. Each group felt that it had priority and deserved better than the others,” said Wijdan, a social worker in Roj Camp.

“When activities began, the women would separate their chairs away from each other because they did not want to sit with women from other nationalities,” said Khalil.

During the sessions, Blumont social workers led participants in discussions on various topics, including coexistence and the importance of community. Group discussions helped reduce stigma and provided residents with a safe space to ask questions and foster understanding.

Despite their initial hesitation, social cohesion activities proved vital in creating support networks for women coping with the trauma of displacement. Participants realized that the things that united them were far greater than those that drove them apart.

“Through the activities and dialogue that took place during the sessions, they discovered that their goal is one and the same, which is to find stability and raise their kids well,” said Wijdan.

Soon, progress made during the sessions began to be seen outside the activity tent. There was a noticeable shift in camp life as activities began affecting residents’ everyday lives. Participants began meeting together outside of session times, sharing meals and quality time together as friends and neighbors.

“The first session I participated in we were making handbags and the women began teaching me,” Wasima said. “Now, we have even met outside of the sessions. Having friends supporting me is a different feeling that made me feel like I’m not alone.” 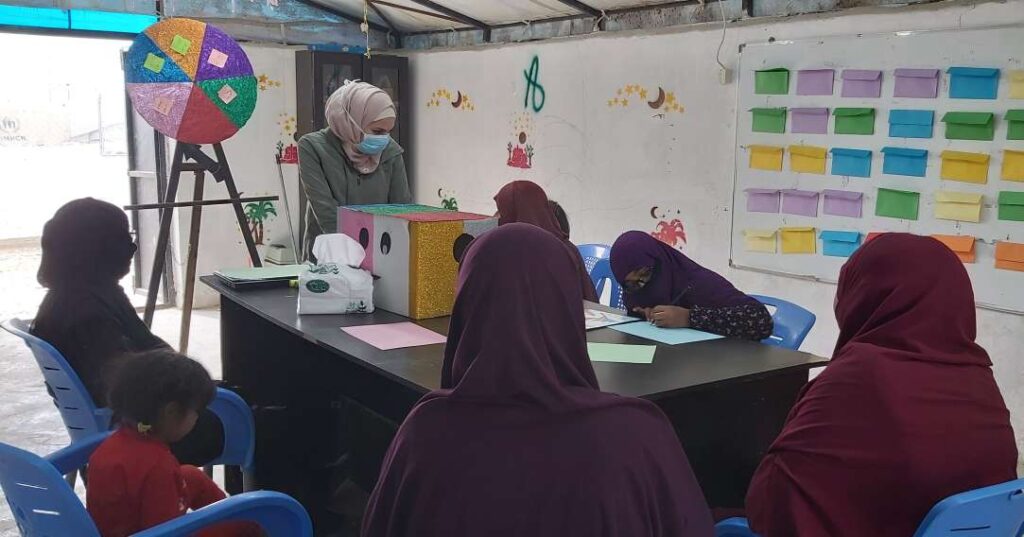 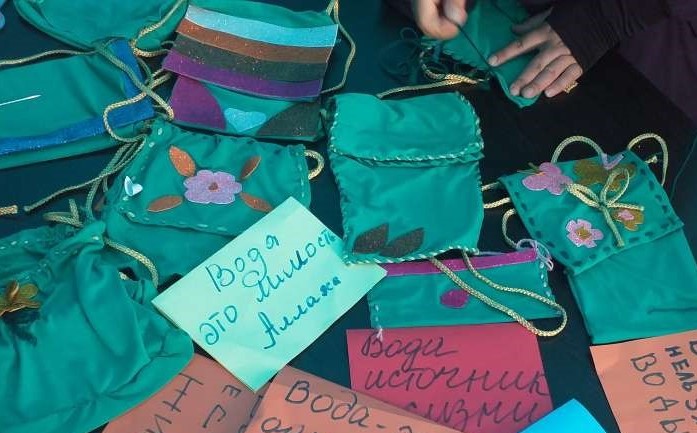 Maryam, an Iraqi refugee, also formed friendships while building her skills during Blumont’s sewing workshops. During one of the sessions, she suggested forming a group to sew clothes for children with disabilities living in the camp.

“I can’t have children of my own, but I have lot to offer for other children in the camp,” Maryam said.

With support from Blumont, Maryam brought together a group of 220 women from different backgrounds to attend a two-month training course, where she helped teach others to sew. Working together, these women now make clothes, bags, and toys for children.

Maryam teaches other women how to sew

“Sewing made a big change in my life and made me feel very confident in myself,” Maryam said. “Despite the difficult circumstances I am going through, making clothes for others and teaching women to sew made me feel my own value.”

Maryam began distributing the products she made to other women living in the camp, including Rahaf, a Syrian woman and mother of two young girls.

“I’m so glad I got to know Maryam. I want to thank her for making clothes for my daughters,” Rahaf said. “She is my good example in life.” 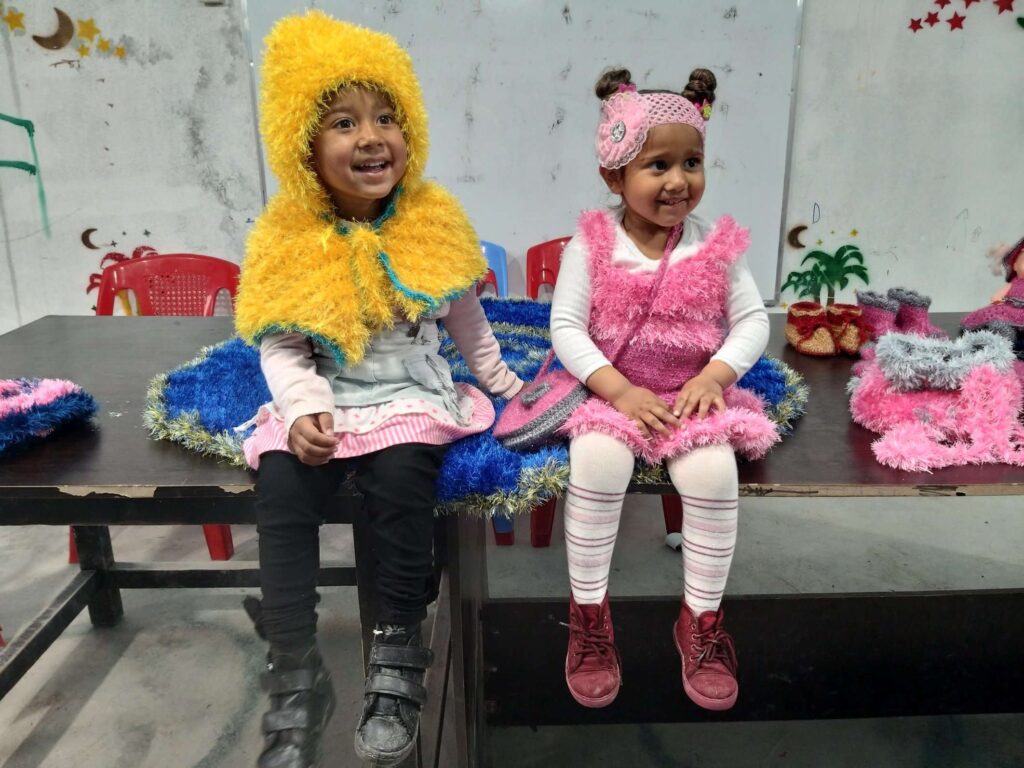 Rahaf’s children wearing clothes sewn for them by Maryam