The seven-year conflict in Syria has crippled crops and livestock production and destroyed agricultural assets worth over 16 billion dollars.

Fatima and her children

Fatima, a mother of six children, is an HVG project beneficiary from Qabaniyeh village, Qahtaniyeh Sub-District. “Before I received support from Blumont, I used to earn our living through charity and begging. After benefiting from the HVG project, my family became self-reliant, I no longer have to beg, and we now enjoy fresh vegetables and even meet other needs by selling surplus vegetables to neighbors. Thanks to Blumont, I learned how to grow crops, use DIS, and make organic fertilizer,” said Fatima. She also said her village, that had suffered from water scarcity, benefited from the RHS and 5,000 liter water tanks provided by Blumont. 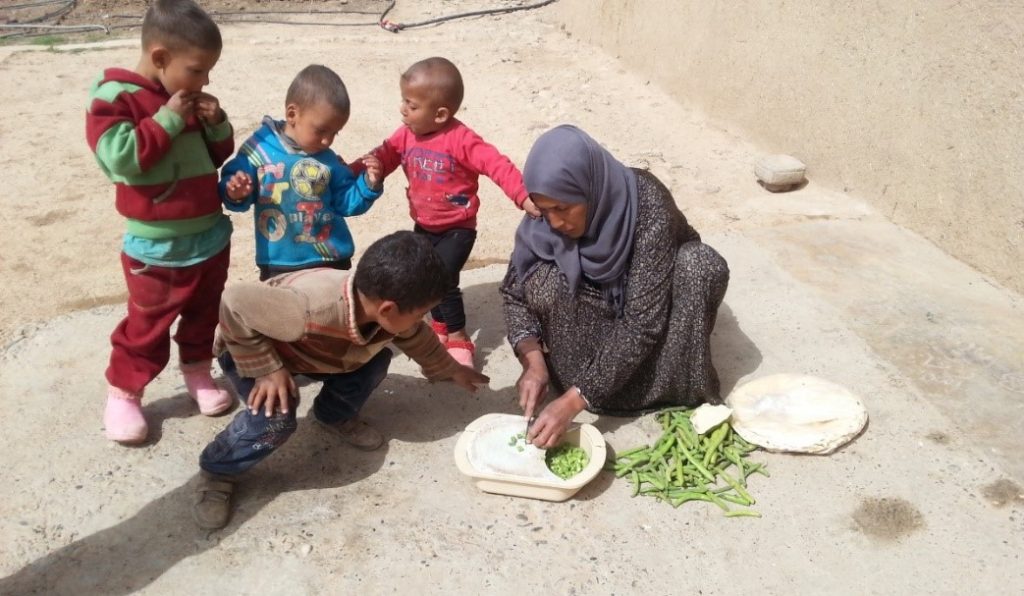 Fatima and her children preparing vegetables grown in her garden

HVP is part of SEFSP which is funded through USAID’s Office of Food for Peace (FFP). The program delivers food aid to vulnerable populations and IDPs in northern and southern Syria.