The activities were held at a social center for IDPs in Nazrawa Camp, one of four of its kind that IRD/Blumont runs in the Kirkuk province of northern Iraq. The other three camps, Laylan 1, Laylan 2, and Daquq, sent their management teams to attend the activities. All four of the camps cooperated with the United National High Commissioner for Refugees (UNHCR) to observe the special day. 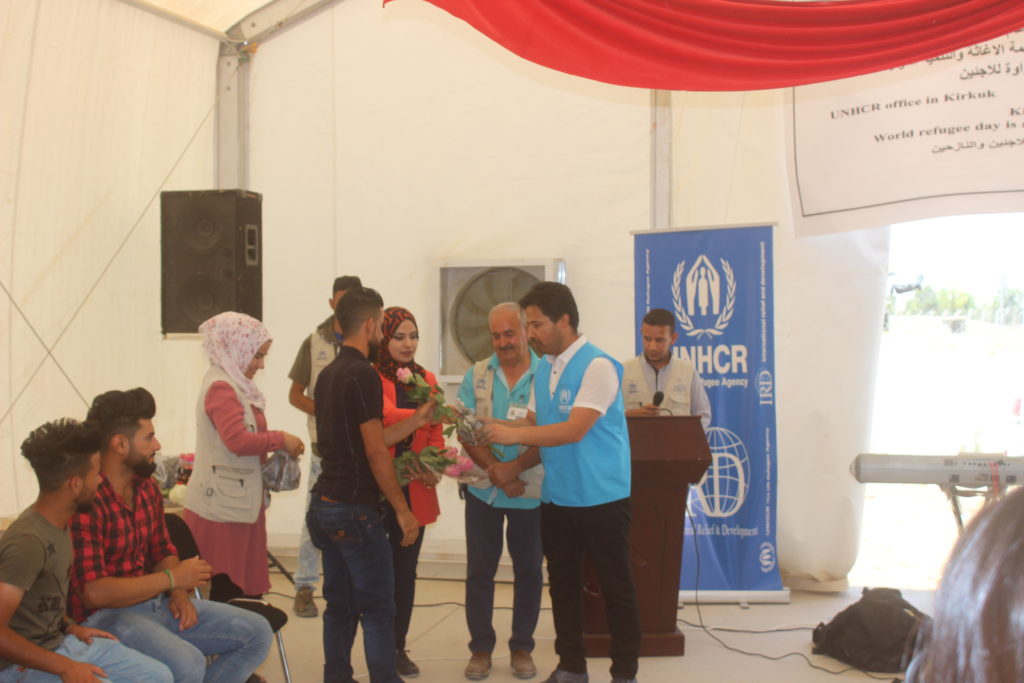 The activities organized to celebrate World Refugee Day started at 10:30 am and lasted until noon.

During the event, a read poems that they had written on patriotism and love; sang to a group of IDPs who performed a traditional dance; a group of six displaced female artists displayed 20 paintings they had created for visitors to purchase; and six female IDPs competed with six male IDPs in a question and answer contest. At the end of the event, all artists, and question and answer participants received awards. 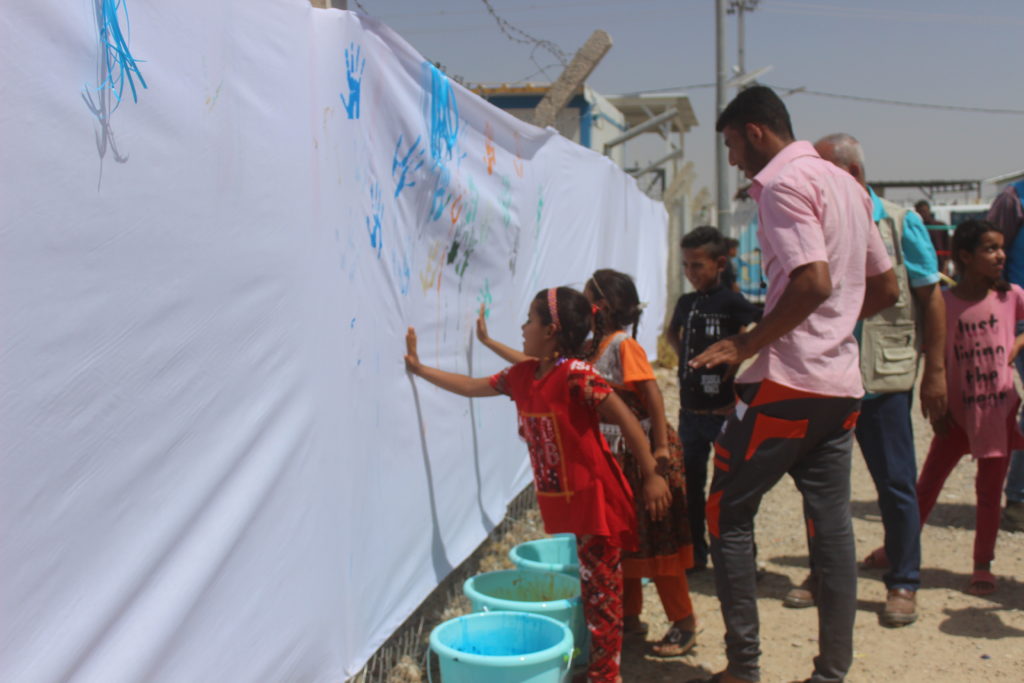 On the way out, participants put their hands in buckets full of different colored paints and made palm prints on a long white banner on the fence outside the social center as a sign of solidarity with displaced people.

* IRD/Blumont teams had planned to hold the activities on 20 June, the official date of World Refugee Day, but preparations took longer than anticipated due to Eid al Fitr. Three days of public holiday with a weekend in-between, from 14 June to 18 June 18, had been announced all over Iraq for Eid.

This event was a part of Blumont/IRD’s Camp Coordination and Camp Management/Conflict Resolution and Resilience Building (CCCM/C2RB) programs. CCCM provides camp management in four camps for internally displaced persons (IDPs) in Iraq, including accommodation and community mobilization activities. C2RB improves the lives of individuals in Iraq by identifying and implementing solutions to mitigate violence and conflict among IDPs and host communities. They are both funded by UNHCR.