Nasa youth in Colombia are taking a stand against forced recruitment.

For the past 30 years, violence and armed conflict in Colombia have forced thousands to flee their homes in search for safety. Young people are especially vulnerable to the impacts of war. Compounding the loss of their childhood and homes, guerilla fighters actively and forcibly recruit youth for drug trafficking. Families who resist must flee to protect themselves and their children from retaliation.

The Closing Gaps program, funded by the U.S. Department of State, works with Colombian municipalities to conduct support group sessions for victims of violence, forced recruitment, or displacement. Sessions are led by a certified psychologist who guides participants through group exercises and discussions to process their trauma and set them on the path to recovery. 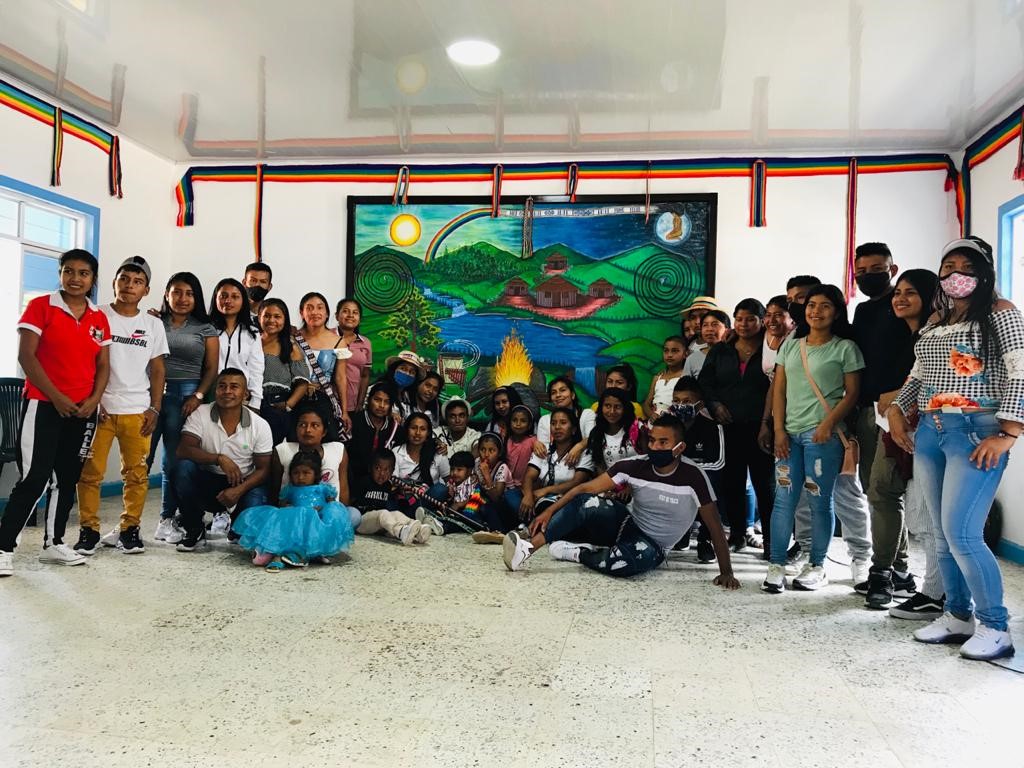 As the final stage of the support group sessions, participants work together to create a collective memory initiative, a way for the group to commemorate their shared experiences and individual stories. The Nasa youth wrote and produced a song titled “Nasa Youth in Resistance,” highlighting the power of music and young voices as tools to heal and search for their wellbeing or wet wet fxi´zxwenxi. The song, inspired by the impacts of armed conflict on the participants’ lives, calls on youth to unite and resist guerilla recruitment tactics. They later performed their song at a public event and aired it on a local radio show to raise awareness of the issue.

“I am convinced that this an important step for the youth movement. I want to be heard everywhere, to have this song be the way to show that youth can create and raise awareness about those youth tricked to go to war,” said the Coordinator of the Youth Movement in Toribío.

Rehabilitation of Indigenous Cultures in Colombia: The Main Rituals of the Nasa