With resources and support, young people have the power to drive change in their communities.

Now in its fifth year of conflict, Yemen remains the world’s worst humanitarian crisis, with 80% of the population – 24 million people – in need of life-saving assistance (UNHCR).

The onset of the COVID-19 pandemic further compounded the challenges of an already dire situation, especially for refugees and displaced people. As the virus spread, fear increased because community members did not have access to reliable information.

Recognizing the knowledge gap, young people stepped up to make a difference. The Broadcasting of New Generation (BNG) Initiative, a group of six young people who use social media to promote change, used their platform to share accurate, up-to-date information about the pandemic with their followers in an entertaining way. 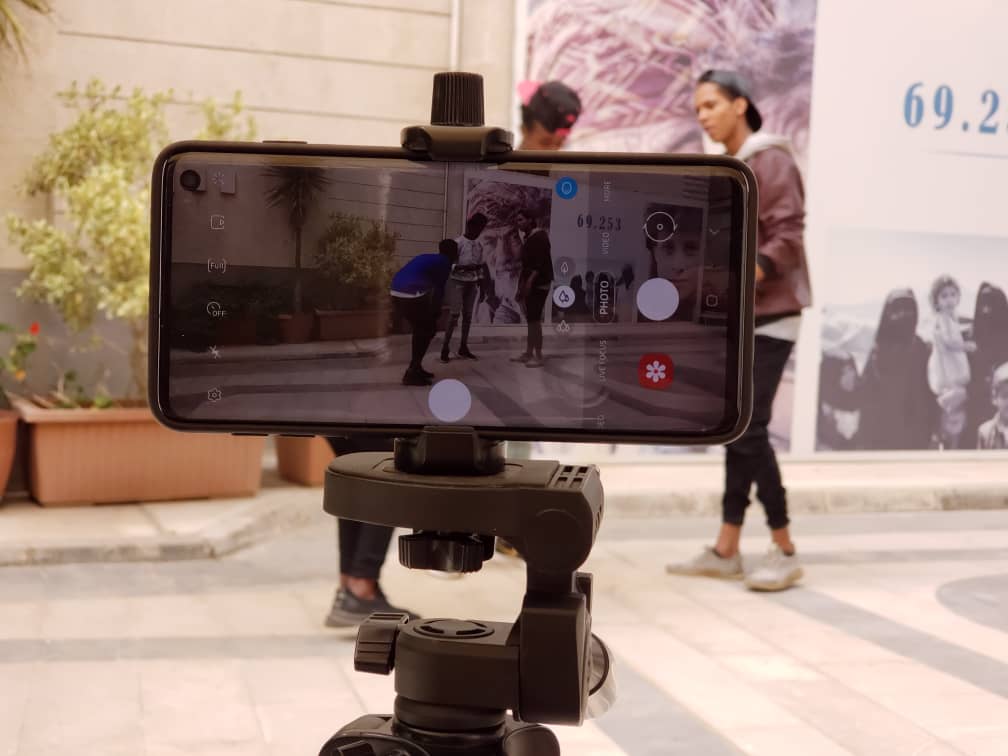 “I saw my people, especially refugees, struggling because of lack of information and awareness,” said Natnael Alem, a BNG member who manages the group’s finances. “Providing this type of support is why BNG was established.”

Short videos of dance routines, animations, poetry readings, and skits were created to raise awareness of preventative measures and the importance of following them, while also clearing up misinformation on the virus and how it spreads.

“We used the materials provided by Blumont within the different activities,” said Mohammad Sheikh, one of BNG’s co-founders. “The lapel mics helped us get clear sounds while recording. We used the [green screen] because we can’t afford to rent a recording studio. Above all, the camera stand we received was essential in reducing shakiness.” 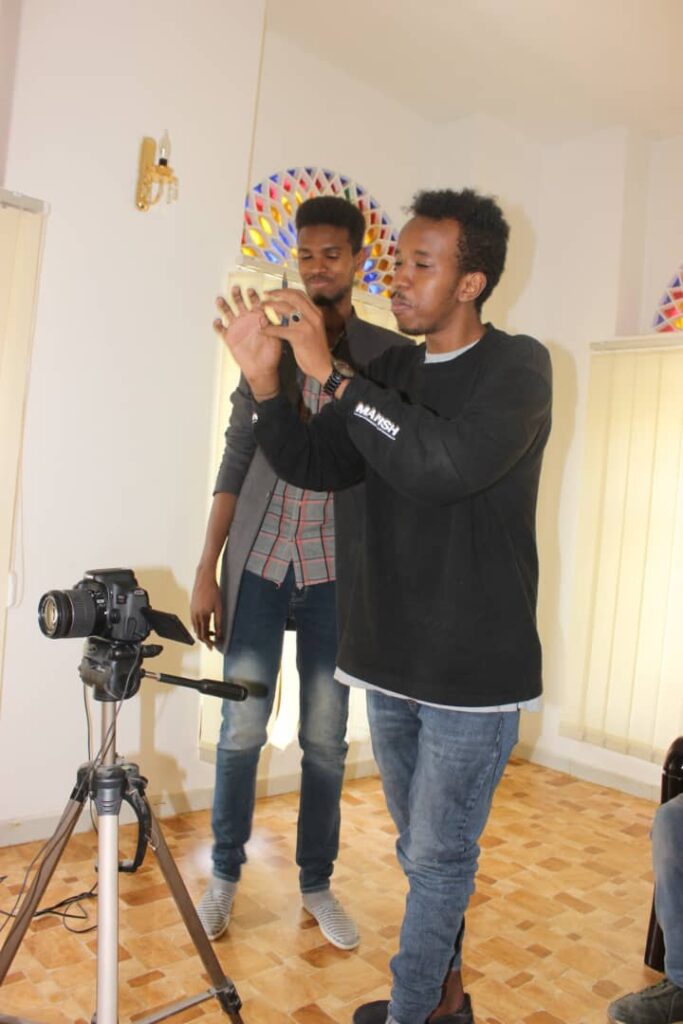 The group using Blumont equipment during one of their planning sessions

“Being in a part of BNG means a lot!” said Ameer Shana, a refugee himself. “It means I am giving a hand to those in need, helping make a change, raising awareness, and redefining people’s mentalities about refugee rights.”

When the group was first founded in 2018, the goal was to connect young people and refugees with opportunities in their community.

“When I saw the uncomfortable way refugees were living, I thought it was time to commit to change,” said Mohammed. “It was time to awaken hope, inspire initiative, and mobilize refugees to make a vital contribution in their community and host society.” 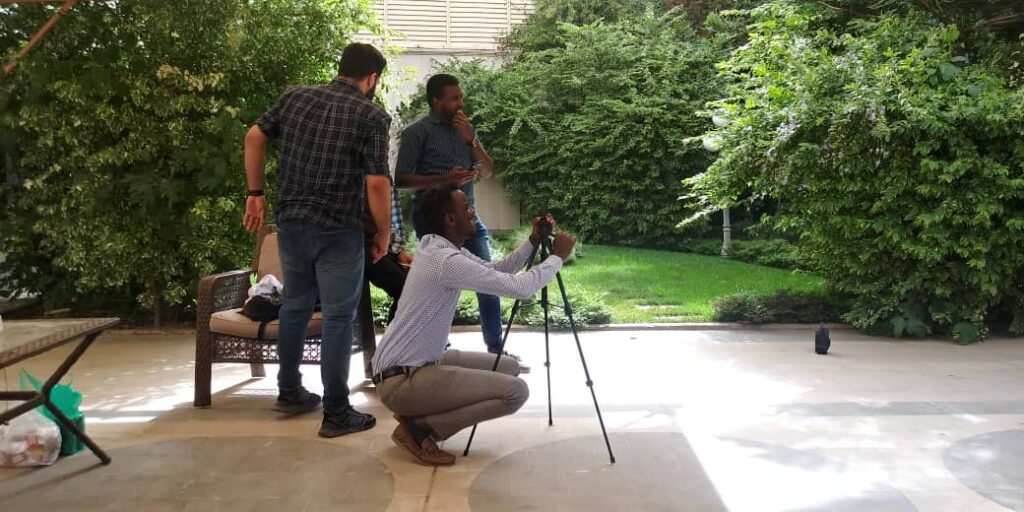 Behind the scenes of one of BNG’s video productions 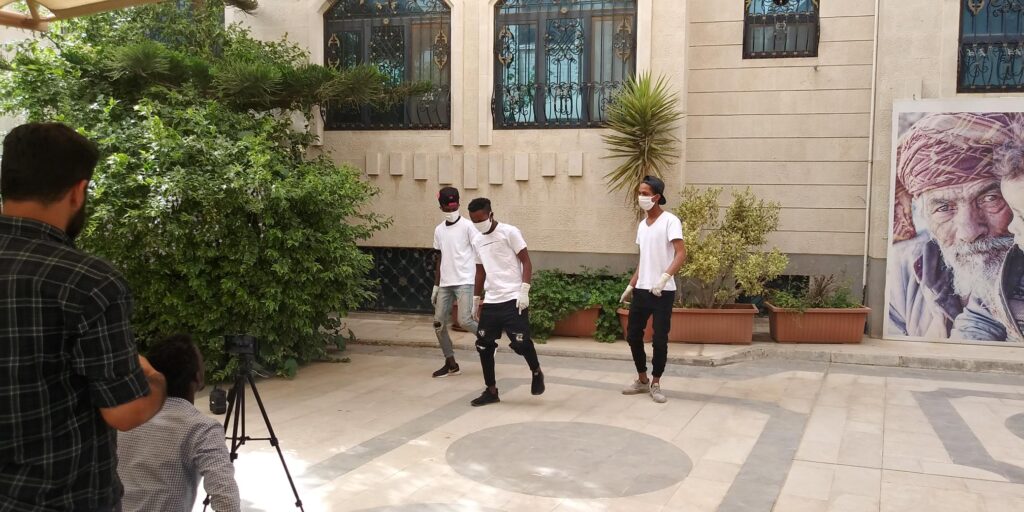 BNG recording one of their COVID-19 awareness dance routines

The group brings together people of different backgrounds, nationalities, and ethnicities.

Ameer faced discrimination when he first moved to Yemen, which inspired him to join the group to help others have a better experience.

Their social media campaign to curb the effects of COVID-19 is just the beginning of what these young people can do when they are given the proper support and opportunities to use their voices.

“This initiative has been a unique and modern way to deliver effective services,” said Natnael. “I hope our group continues to promote the power of youth in transforming their societies and even the whole world.”