At schools in Pakistan’s Sindh province, student engagement in meaningful learning was lagging. High rates of teacher absence combined with a lack of activities left children disinterested in school. Parents were apprehensive about the overall performance of public schools. Many girls were not even enrolled.

Faced with these critical problems in the public education system, the Government of Sindh’s School Education and Literacy Department (SELD) looked at other education models for a solution. SELD found inspiration in the Sindh Education Foundation, a semiautonomous organization that has been working with other private organizations on a voucher system to facilitate school management. SELD decided to similarly bring in the private sector by engaging “Education Management Organizations” (EMOs), or private organizations that independently manage the administration and operation of schools. Under this plan, EMOs leverage private sector resources (i.e., staff qualifications and operational know-how) to manage public schools more efficiently.[i] 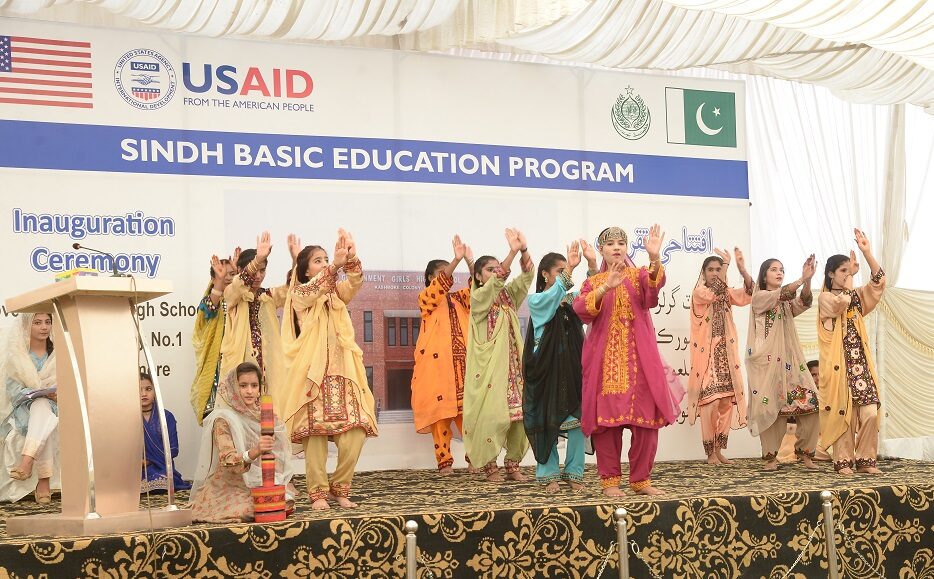 Students performed at the inauguration ceremony for the EMO-managed Government Girls High School in Kashmore, Sindh in October 2021.

This solution came into play as part of the Sindh Basic Education Program, founded in partnership with USAID, with the overarching goal to achieve “increase and sustain student enrollment at the primary, middle, and secondary school levels.”[ii] More specifically, the public-private partnership (PPP) solution fell under the Sindh Community Mobilization Program (CMP), a sub-component of the Sindh Basic Education Program that was started in 2013 and is implemented by Blumont. CMP aimed to increase girls’ enrollment, engage communities in school decision-making, and provide technical assistance to SELD in the design and pilot phase of EMO model under the Public-Private Partnership Act and Policy approved by Sindh Government in 2010 and 2012 respectively.

SELD decided to bring this solution to life by taking on the implementation of the PPP Act and Policy with technical support from the USAID-funded Sindh Basic Education Program.

To kick-start the process, SELD asked our CMP team to assist with building on the existing legislation.  The goal was to modernize the public school system by applying the existing policy (allowing the government to partner with the private sector). We provided input on the development of the EMO Policy framework, which included a new, robust procurement process comprising government rules, key performance indicators, and essential documents like requests for proposal, agreements for EMOs, and third-party independent experts and auditors to ensure the proposed EMO model met all government regulations.

Another major component in the package was the contract used to establish a PPP. Under this contract, EMOs are incentivized financially to perform well. These performance-based agreements measure EMOs’ progress against critical indicators like students’ enrollment and attendance, teacher attendance, modernized curriculum delivery with modern teaching methods, student assessment, and community engagement.

To put the new reform into action, our team worked alongside SELD on the pilot phase, heeding positive results and a green light to formalize the PPP model. As of early 2022, there have been six rounds of EMO procurement cycles that have outsourced a total of 81 reconstructed schools to EMOs for a period of ten years. The new adapted PPP framework paves the way for these partnerships in education and potentially in other sectors in Pakistan in future years.

School improvement across the province

Since the introduction of school management reform shaped by the EMO model, the Sindh public education system is seeing improvements across the board. According to preliminary data from the EMOs, this includes increases in enrollment (28%), student attendance (21%), students’ performance in provincial board exams (53-75%), number of teaching and non-teaching school staff (37%), staff attendance (12%), and community confidence and support.

Student attendance and enrollment, especially for girls, has increased since the introduction of EMO-managed schools in Sindh.

To address teaching gaps, the EMOs are building staff skills through regular training and development opportunities each academic year. This private sector approach better prepares teachers, resulting in more engaging lessons and improved access to learning opportunities for students that help to create a well-rounded education.

Now, the PPP-EMO model is garnering attention across the country as the local communities and the Sindh Government recognizes the success of the model–especially now with indicators in place that measure progress.

“There’s support and appreciation from those who are seeing the benefit of the model and also gaining from it, like parents,” said Zulfiqar Ahmed Bachani, senior education and reforms expert.

Governments from other provinces have visited the EMO-managed schools for detailed briefings and inauguration ceremonies, hoping to see this solution in action and learn how to replicate the model in their own provinces. With time, it looks that the Sindh PPP-EMO model could influence education reforms in provinces across Pakistan. Bachani added, “we are hopeful this model will be continued, as required systems are in place. Further, our team is working together with SELD to streamline the systems and procedures for sustaining and scaling the PPPs in education.” 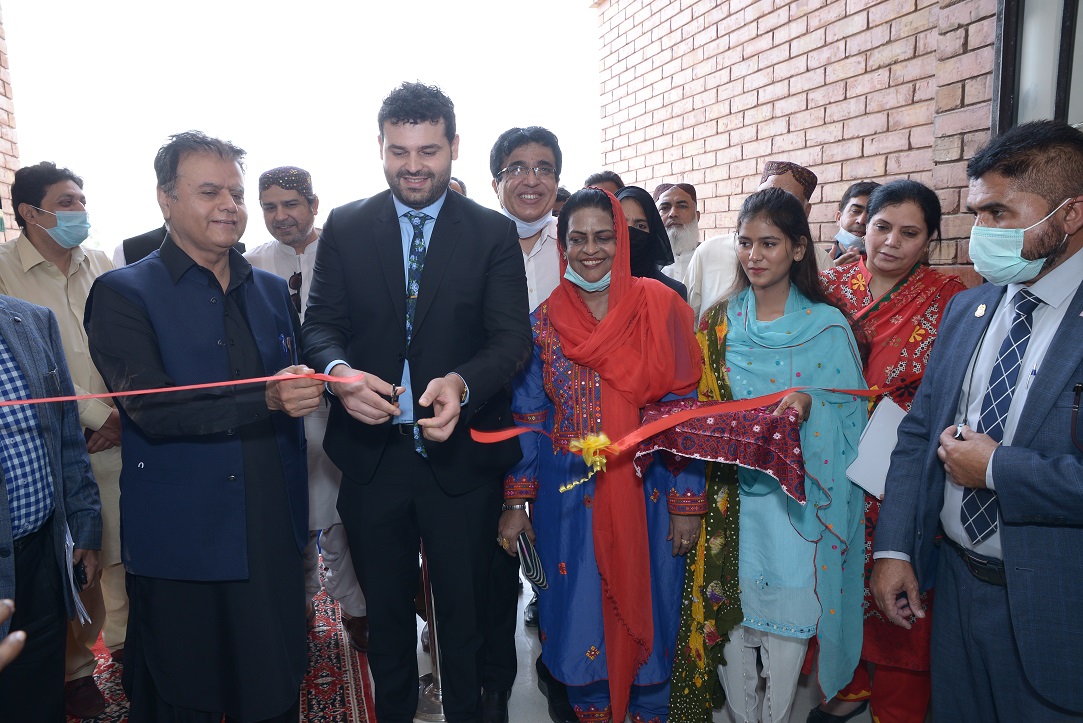 Mr. Zaid A. Abuhouran, Deputy Director for Education for USAID/Pakistan, participated in the inauguration of Government Girls High School in Kashmore, Sindh.

To date, the partnerships with EMOs are one of the most innovative education reform approaches utilized in Sindh. By implementing the PPP plan, combined with CMP’s broader efforts over the past eight years to improve community ownership of schools and increase girls’ enrollment, Blumont is opening new opportunities for students and regaining the communities’ trust.

With these clear successes, the future of PPPs in Pakistani education is bright. Our team is preparing EMOs to manage schools beyond the lifespan of CMP. Naveed Ahmed Sheikh, Blumont’s chief of party in Pakistan, said, “EMO reform has won the trust of the communities and of the government. PPPs and EMOs are all set to scale up and increase coverage in Sindh as well as in other provinces of Pakistan.”