A New Dawn for Victims of Armed Conflict in Argelia

Argelia is a town in southwest Colombia hit hard by armed conflict—more than 10,000 persons have been registered as victims of forced displacement, homicides, disappearances, sexual violence, landmines and other human rights violations.

As part of its Closing Gaps program, Blumont works with the Municipal Victims’ Participation Committee (MVPC), a representative body of victims of armed conflict created by the Victims’ Law, to aid such people. 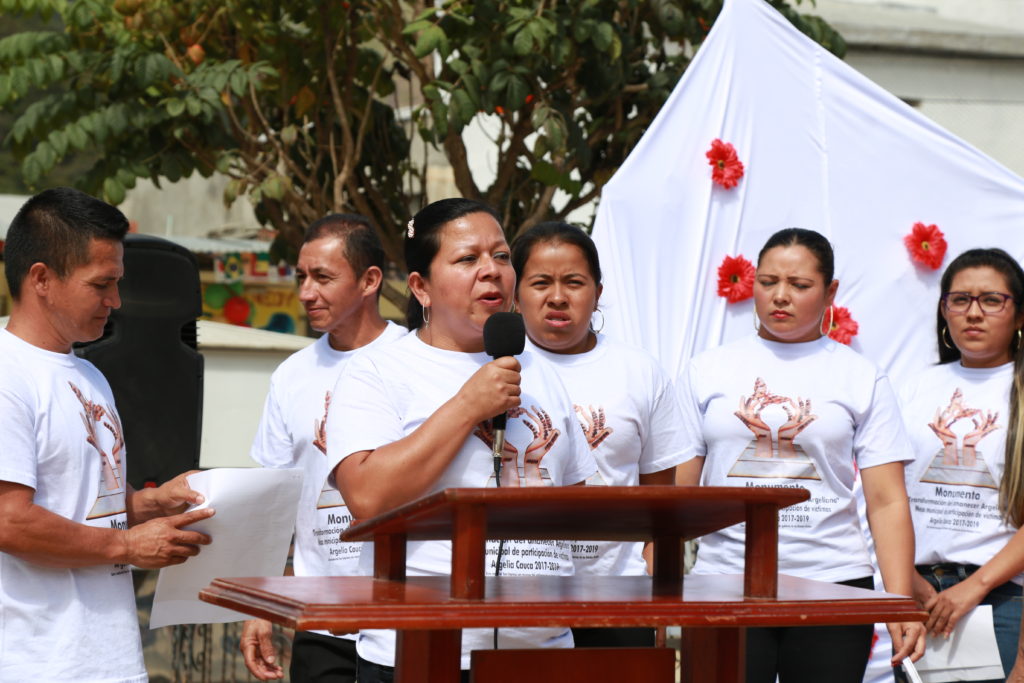 A member of the Argelia MVPC speaking at the unveiling ceremony of a monument meant to honor victims of armed conflict. Photo Credit: Daniela Cerón Benitez

John Fredy Hoyos, a victim of forced displacement, is the Coordinator of Argelia’s MVPC. On July 27, 2018, along with the other 18 members of the MVPC, he stood in the main square of town to tell their story of emotional recovery to fellow victims and local authorities. They unveiled a monument which represents for them a new dawn for victims of armed conflict. Hoyos said:

In October 2017, Blumont arrived in our municipality with a proposal for us. That day changed our lives and we started a journey full of challenges that made us put aside our fears. We understood that we can fulfill our dreams, that we have the necessary skills to lead and to live our own lives. In this monument we find the best representation of a people that want a new dawn and a better tomorrow to transform the stories passed from one generation to the other. We want Argelia to be recognized not just as an example of war but to be recognized for its struggle for freedom, to be a light in the middle of darkness, to be a fire in the middle of ashes. 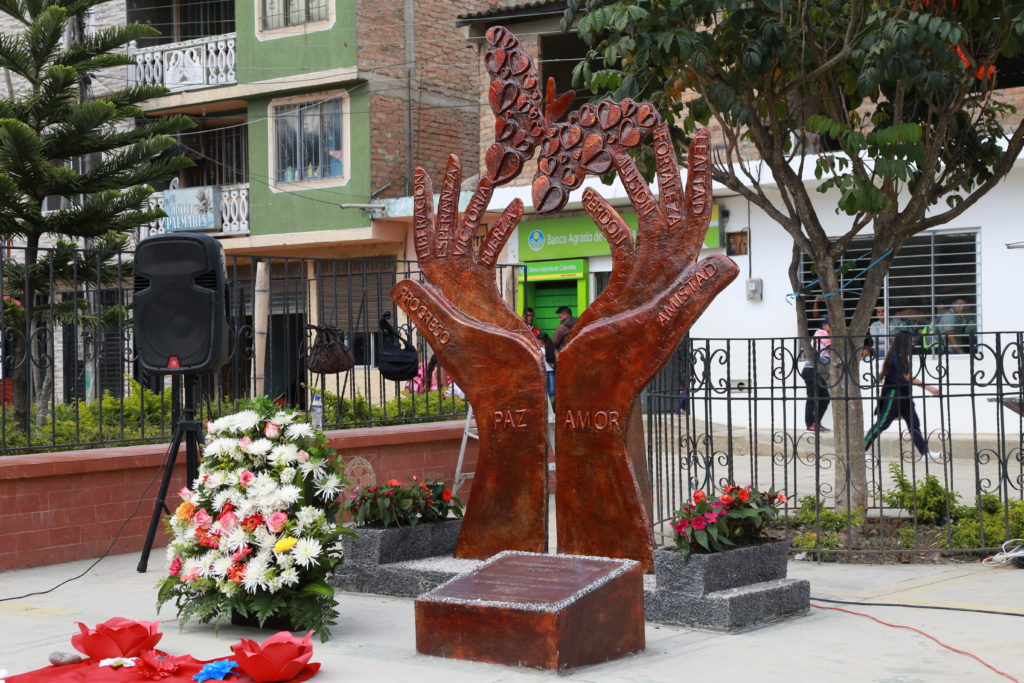 Blumont works with MVPC members in eight municipalities, including Argelia, to foster their emotional recovery through mutual support groups as a necessary condition for them to effectively lead and represent victims influencing public policy and advocating for victims’ rights.

The Closing Gaps program funded by the U.S. Department of State’s Bureau of Population, Refugees, and Migration (PRM). The program, now in its tenth year, strengthens institutional and community capacities to improve assistance to victims of displacement.

Rebirth of the Nasa Women of Toribío