From Aid Worker to Displaced Person

The story of how two Blumont aid workers became displaced in northeast Syria during the Turkish incursion. “They were horrifying hours that I will never forget.”

While the team worked tirelessly to deliver aid, the sound of bombing could be heard outside their own windows. When they no longer felt safe at home, some of our team who had spent years supporting refugees, suddenly found themselves displaced. Ali and Aymen, two of Blumont’s team members working at a camp in northeast Syria, were forced to flee their own homes during the incursion. Ali remembers the morning he fled as the scariest moment of his life. 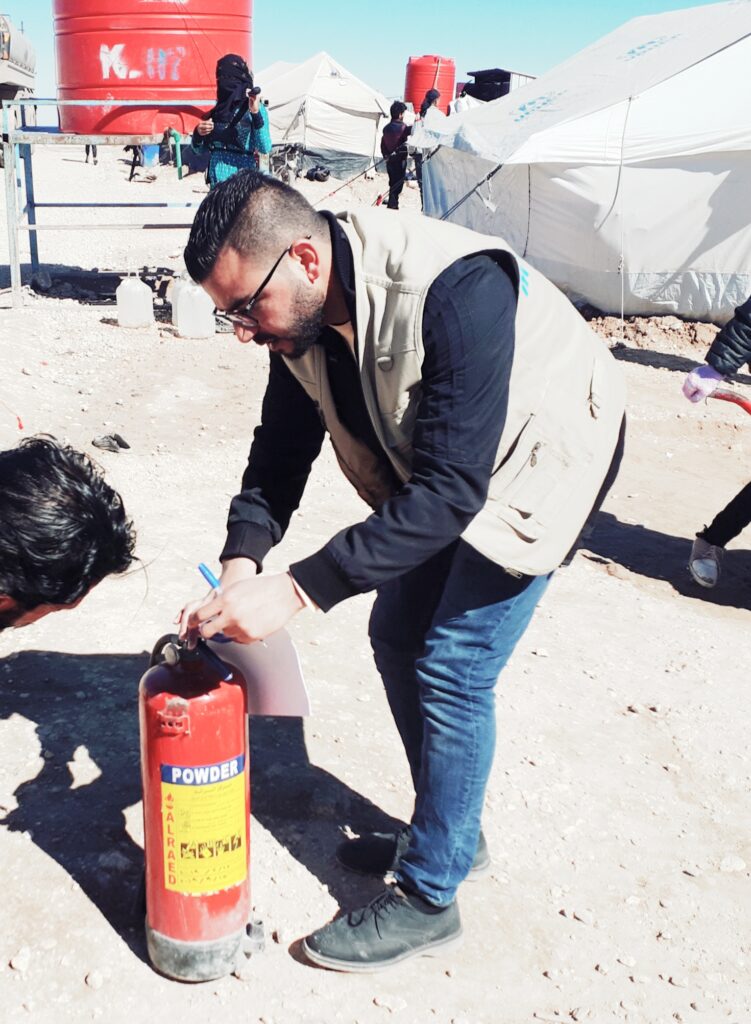 Ali at work in Al-Hol Camp prior to his displacement

Aymen fled with four family members, including his seven-year-old daughter and four-year-old son.

“Our main concern was being exposed to the bombing. There were so many negative thoughts in my head during that time. It was unbearable to leave our home and our stuff behind,” Aymen said. “I remember my daughter grabbing my hand as we were fleeing and asking, ‘Baba, why is this happening? Why are they bombing us? Didn’t you say that ISIS is finished?’ I didn’t have an answer.”

Going from field workers supporting displaced people to becoming displaced themselves gave Ali and Aymen a new perspective. They went from hearing about the struggles to find safety to experiencing it themselves. “The displacement journey was very difficult. It took us four hours to reach safety because of the high displacement numbers and the continuous bombing around us,” Aymen said. “My understanding of the refugee experience has significantly changed. I did not know how deep the psychological effects of forced displacement were or their impact on a person’s behavior.”

The experience has inspired even higher levels of empathy for those they work with. Ali and Aymen have recommitted themselves to serving the displaced and alleviating their suffering.

“I am now displaced, not in my home, in my city, and far from my family,” Ali said. “This experience has taught me that humanitarian workers should always try to put themselves in the place of the displaced and the refugee. You can be displaced at any moment, especially in my country where the war has not ended.”

Both men are safe and continue to support Blumont programming in northeast Syria as they wait alongside thousands of other displaced families for it to be safe to go back home.