Hamza Reunites with His Family

Amidst ongoing conflict in northeast Syria, children are often separated from their families because of attacks and displacement.

One day, as Hamza was playing outside, a nearby military attack destroyed his house, killing his family. At 11-years-old, Hamza was forced to face the harsh realities of war. He joined a group of neighbors as they fled the area, ending up at a displacement camp in northeast Syria.

When he arrived, Hamza was escorted to the reception area. There, Blumont’s team, with funding from the Department of State Bureau of Population, Refugees, and Migration, met Hamza and looked after him. The team worked with him to cope with the trauma of losing his family, while also caring for his medical needs. He had made the journey to the camp with a broken leg. Hamza was referred to the Kurdish Red Crescent’s health center, where medical staff removed shrapnel and treated his injuries. 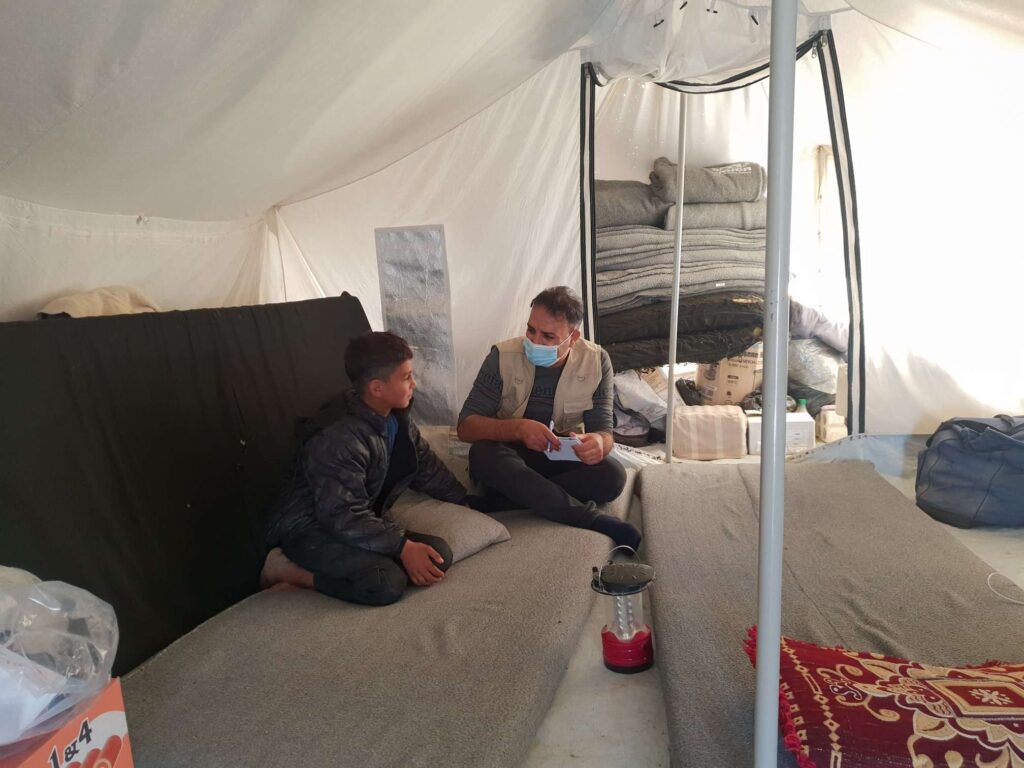 Hamza meets with Blumont staff member in the reception area

As members of Blumont’s team visited Hamza during his recovery, he appreciated the support and care.

“You have become a safe haven for me,” Hamza told them.

Through their conversations, Hamza recalled stories that his father told him of family who lived in a displacement camp in northeast Syria. Using the names and details Hamza provided, the team began searching for his relatives and discovered that they were living at the same camp. After a few days, Hamza was reunited with his cousin, Hashem.

Hashem had been living in the camp for a few years and quickly became a friend and mentor, helping Hamza adjust to his new community.

When his leg fully healed, Hamza joined Blumont-led activities where he made new friends and regained a sense of hope for the future. An exceptional artist, on World Children’s Day, Hamza received an award for his work. 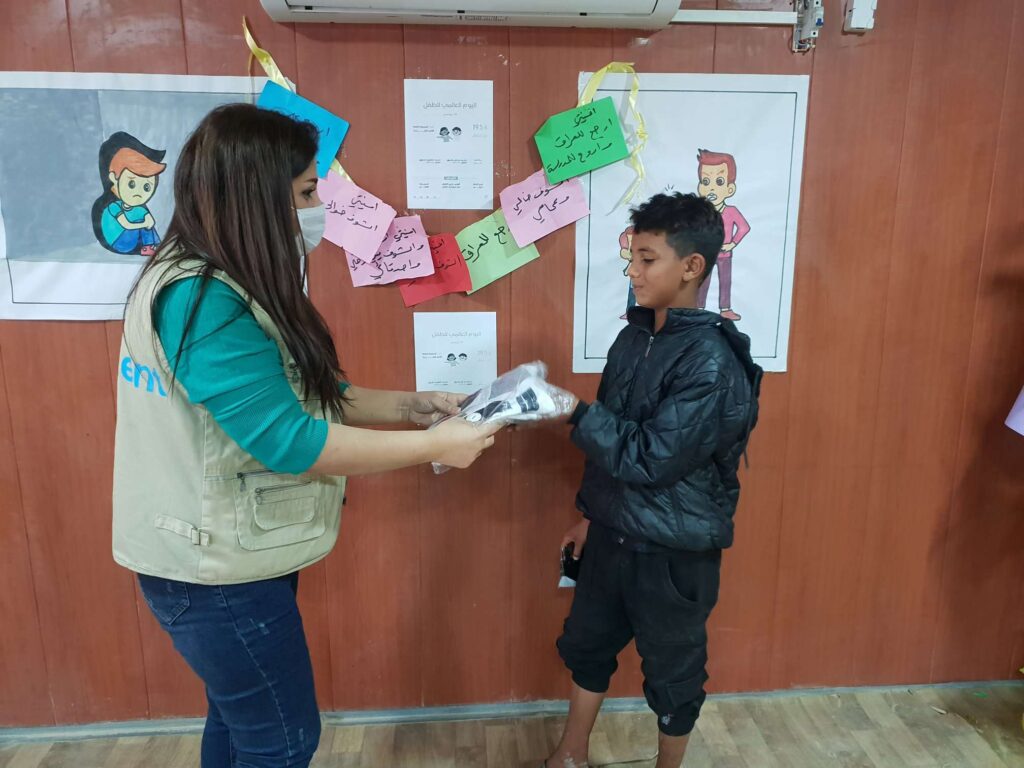 At the Children’s Day event, Hamza shared his story.

“When I came to the camp, I was living in a state of sadness and despair. For example, I used to love drawing a lot, but after all the tragedies I experienced, I was no longer able to. I tried to paint many times, but my attempts always failed. After getting to know the Blumont team, my confidence increased and my passion for art returned. With their support, I was able to make new friends and began to love life again.”