Women disproportionately face the traumas of displacement, often compounded by the loss of a spouse, income, community, and stability. Activities, where these women can connect and engage with others, provide a healthy outlet to manage stress and help to create a cohesive community. At a displacement camp in northeast Syria, Blumont is bringing women together while helping them develop skills and a new source of income.

To date, Blumont’s tailoring sessions have helped more than 200 women improve their sewing skills, while encouraging many to start their own home-based businesses.

One participant is Ahed, a 30-year-old refugee who arrived at the camp as the sole provider for her four children. An attack on her hometown in Iraq had taken the lives of her brothers and her husband and injured her 14-year-old son, leaving him with a spinal injury that requires medical treatment.

“I did not give in to the bitter reality that I went through and kept looking for hope,” Ahed shared. “One day I was sitting with a group of women, and they were praising the Blumont tailoring trainings they had attended, so I decided to join.”

During the tailoring sessions, Ahed met other women who shared similar life stories and her love for sewing. In addition to making new friends, Ahed taught others how to make puppets and dolls. The women showcased their products at an exhibition in one of the camp’s community centers. 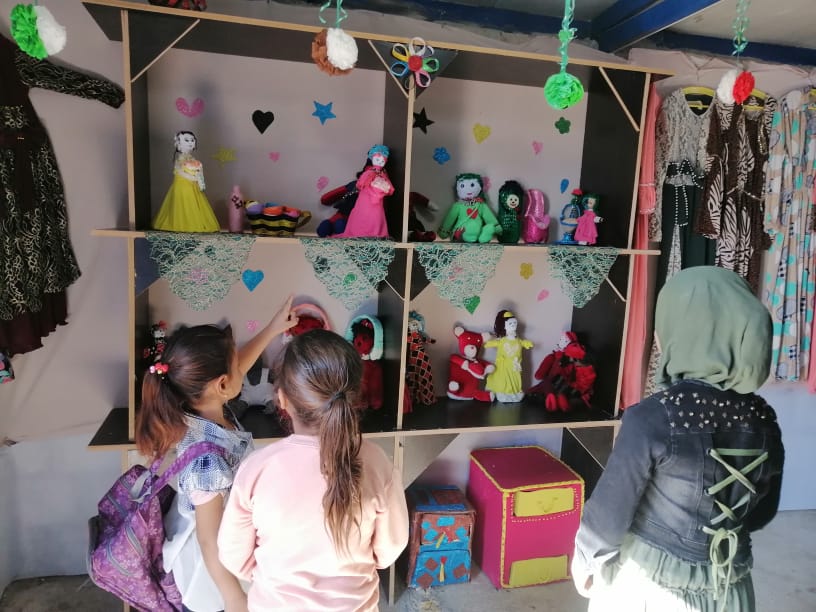 Young girls look at the dolls made by Ahed and her friends at the sewing exhibit. 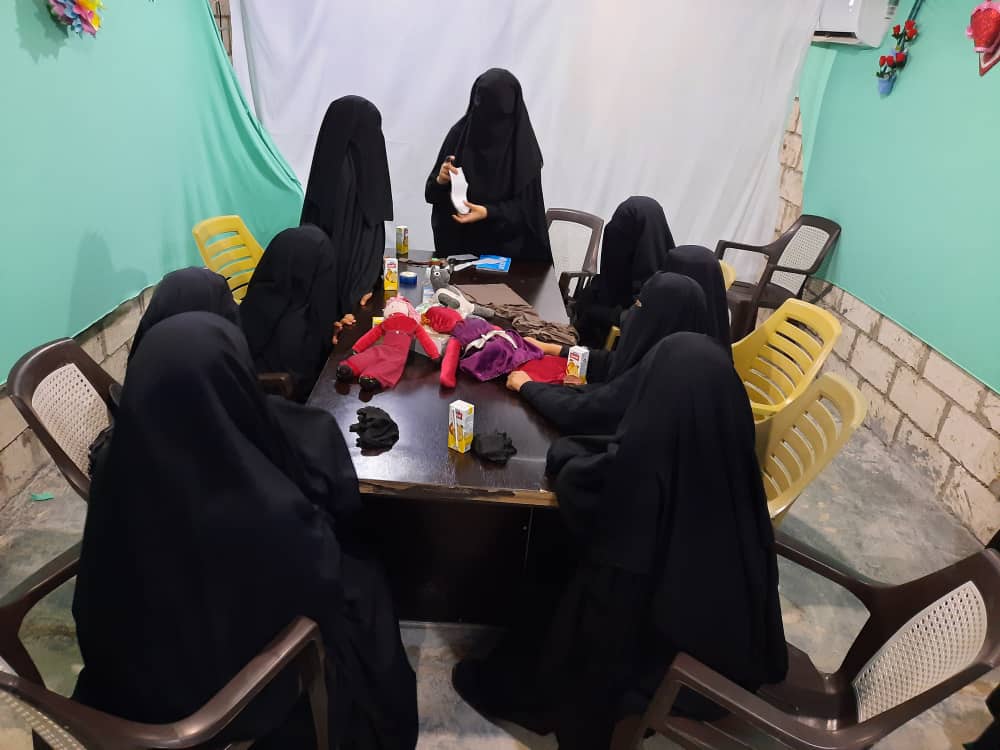 Ahed teaches the other female participants how to sew dolls and puppets.

“I’m glad that the dolls we made were displayed at the exhibition, and that other women and girls came to see them,” said Ahed. “I’m going to make more and give them to children.”

Married at a young age, Ahed wanted to give children the chance to enjoy their own childhoods – an opportunity she missed. She was inspired to use her new sewing skills to create a home-based business that would also help those around her. She is now making and selling dolls using materials that she receives from Blumont. Her income helps her buy her son’s medicine and other family items, while spreading joy in the camp.

“When I go back to Iraq, I’m going to open a puppet shop and make my husband proud because I have been able to keep my children safe and provide for them without waiting on anyone for help,” said Ahed.

Ghazala, another 30-year-old Iraqi refugee, found herself in a similar position when she first arrived at the camp. She struggled to support her two children after losing her husband during an attack on their village. Like Ahed, she looked for an opportunity to start over and decided to join the tailoring sessions. Ghazala originally joined the sessions to get herself out of isolation but ended up gaining so much more.

“I was surprised at how quickly I was learning how to sew and by all the encouragement I received from the trainers,” said Ghazala. “It was the beginning of my healing and a new chance in life. I decided to open my own small project to support my family.”

Ghazala used her new income to buy herself a sewing machine to keep up with demand for her beautifully sewn products. Now, she works as a tailor and uses her skills not only to improve her family’s living standards, but also to help other children in the camp. Today, Ghazala is participating in several campaigns to make school bags and clothes for orphaned children.

“My new career is very important to me because I no longer need help from anyone and I no longer have to think about marrying someone just to take care of our needs,” said Ghazala.

Ghazala uses her new sewing machine to women’s clothing for the winter. 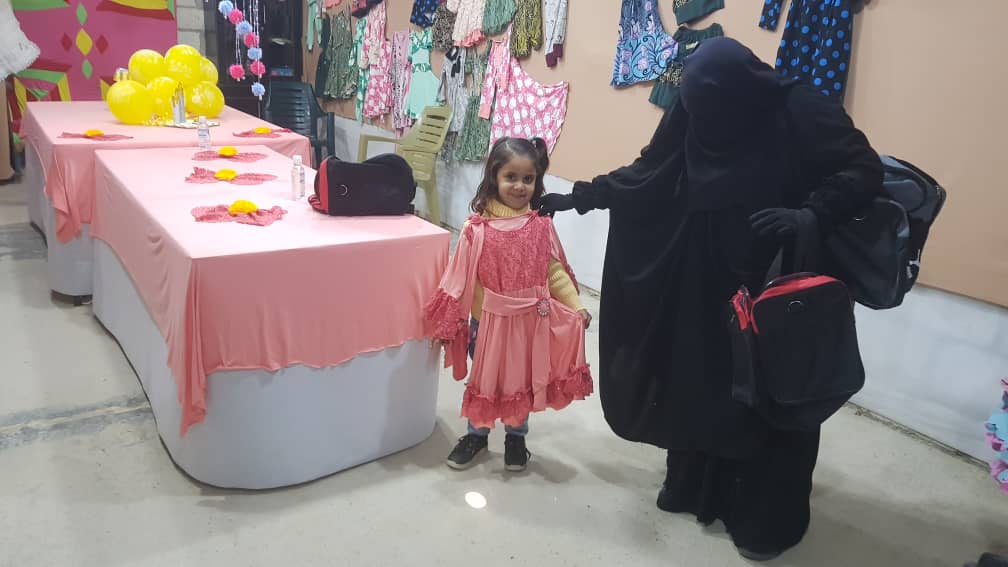 A young girl holds her new dress made by Ghazala.