With more than six million children out of school in Sindh—more than 50 percent of them girls—Blumont has worked throughout the province to improve education and bring kids back to class.

When Blumont began working at the Government Boys High School Railway Colony in Jacobabad District in 2014, the community had little interest in being involved in the education system. Broken toilets, missing furniture, electricity issues, and teacher absenteeism contributed to high dropout rates.

To increase community involvement, Blumont organized community meetings on school improvements, health, and the importance of education for girls and began training the local SMC on financial management for small grants. Supported by these efforts, the community adopted a sense of ownership and passed a resolution to send their children, especially girls, to school.

“Before CMP’s intervention, people of this village were not even willing to listen to the idea of sending their girls to school,” Head Teacher Muhammad Yousif said. “But now they are aware of the importance of education and allowing their daughters to attend school.” 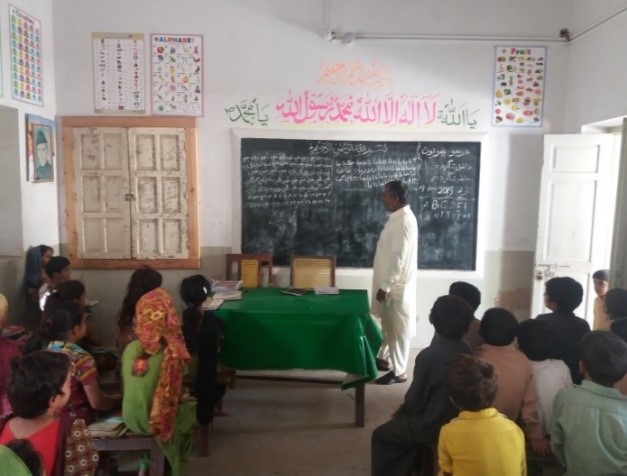 A teacher conducts class in Gadani after increased student enrollment

“We never realized the importance of joint community development efforts and collective wisdom,” the SMC Chairperson said. The school has seen the standard of education rise since these efforts: regular classes with student-centered teaching pedagogy and enriched curriculum have increased attendance, facility upgrades via small grants have improved the learning environment, and the re-organized and re-trained SMC has brought women into leadership positions.

A recent two-year extension to CMP is bringing these results to all 29 districts of Sindh Province and aims to strengthen an additional 350 SMCs to enhance accountability and sustainability of school governance.

Blumont Promotes Clean Hands in Homes and Schools in Sindh