Prior to 2011, agriculture was the main economic activity in Syria and played a vital role in promoting food security across the region. War and conflict have destroyed thousands of acres of farmland and impacted livelihoods for millions. An ongoing drought coupled with the high cost and low quality of agriculture inputs have further exacerbated the devastation and decline in food production. Yet even with these challenges, agriculture continues to be a significant part of Syria’s economy, accounting for 26 percent of the gross domestic product (GDP).[1] 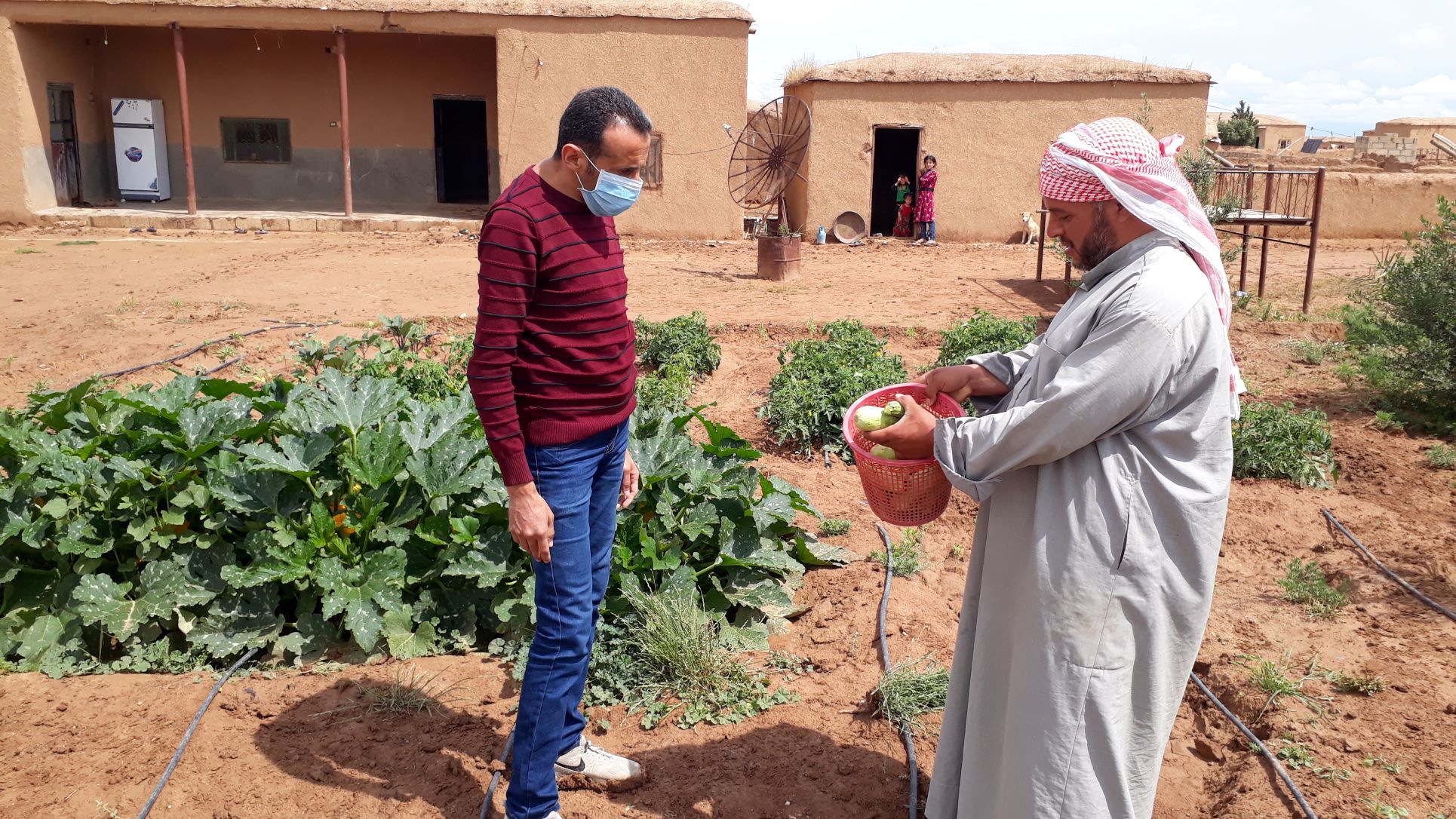 We helped more than 3,600 people plant and maintain home-vegetable gardens in their households so they could have better access to diverse produce.

The work began in 2017 under the Syria Emergency Food Security Program (2014-2021), where we provided food-insecure households with the training and materials needed to plant home-vegetable gardens designed to improve dietary diversity. In 2019, the work was expanded to include support for smallholder farmers through trainings, provision of quality seeds and fertilizers, and the installation of drip irrigation systems.

“We couldn’t do anything about the drought or the security situation, but we could provide farmers with seeds of good quality and quantity,” said Majed, Blumont’s Senior Agriculture Engineer in Syria. “We targeted those most in need with supplies and on-the-field guidance to build their knowledge of improved farming techniques and increase production efficiency.”

Since 2017, we helped more than 3,600 people plant and maintain home-vegetable gardens in their households and more than 1,200 farmers cultivate and harvest wheat and barley on their land. On average, barley farmers yielded a 7,500 kg harvest while wheat farmers yielded 12,000 kg. Each kilogram is sold for anywhere between 1,700 to 2,200 Syrian Pounds (0.68 to 0.88 USD). These efforts were crucial in improving food security on the household- and community-level while promoting stability as families sold their surplus and rebuilt their livelihoods. 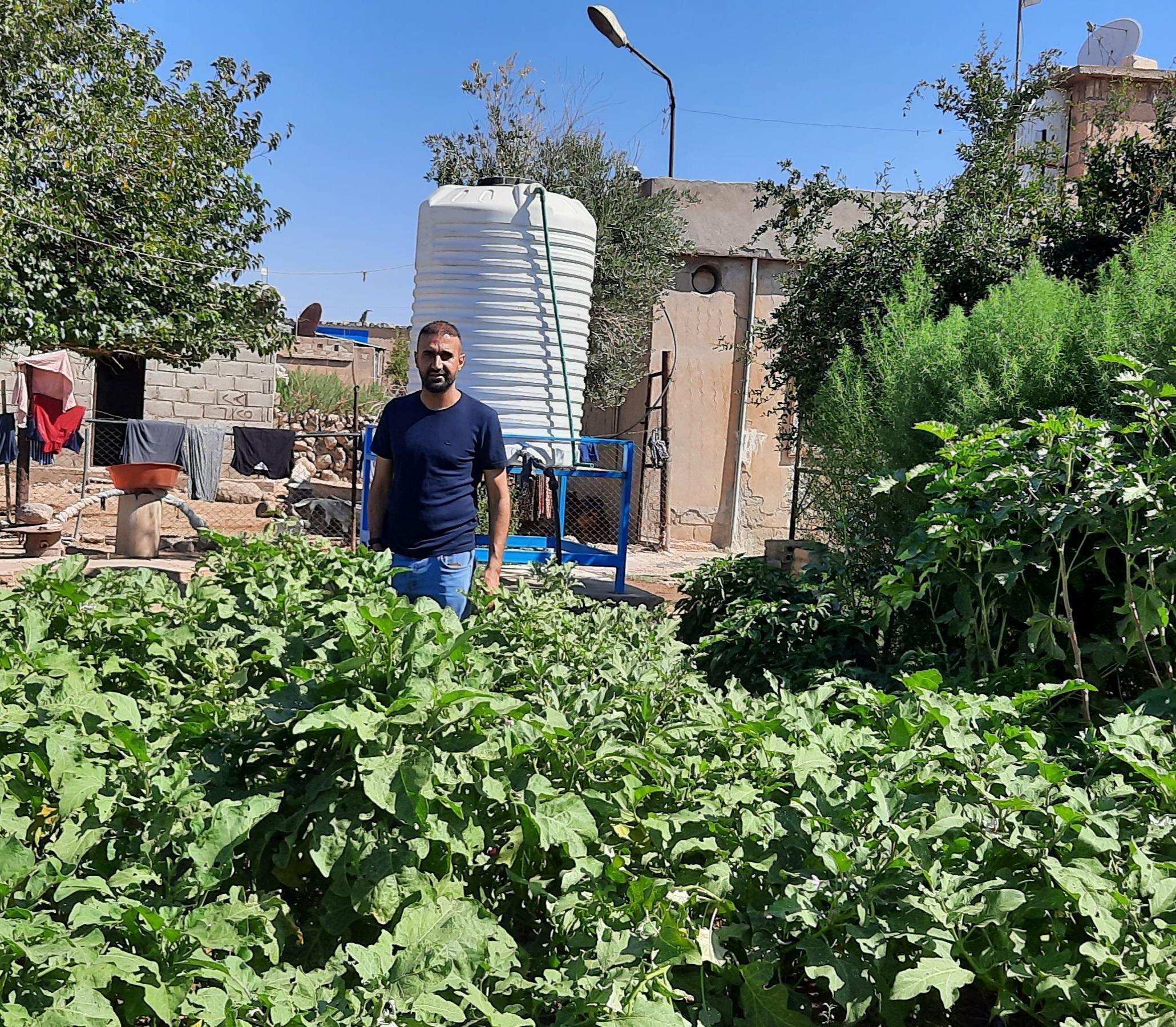 “The drought and insecurity have pushed many people off their lands into displacement. Our efforts have given families a chance to stay in their homes, have a source of income, and become food independent,” said Majed.

Traditional methods of irrigation used by farmers are not effective in times of drought. Drip irrigation systems were installed in all households and farms supported through the SAFER program. These systems allowed participants to target water directly at their planted seeds, preventing water waste and promoting the efficient use of limited water resources.

Agriculture technicians from the SAFER program installed drip irrigation systems for around 1,000 families in NES.

“I am a son of the village. I have noticed many people in my village, who are not directly being supported through the program, start adopting the drip irrigation system technique after learning it from farmers we supported in surrounding areas,” said Majed.

With an increased guarantee of harvest and a source of income, SAFER created livelihood opportunities that were seeing high levels of people leaving and migrating elsewhere. In Areesha, one of the areas hardest hit by the drought, most people did not take up farming due to the decline in crop productivity. Through Blumont support, 50 farmers attended trainings on drought resilience and received high-quality agricultural inputs. One of the targeted farmers harvested 3,900 kg of wheat from one hectare of land, which is 1,400 kg above the average in Areesha. 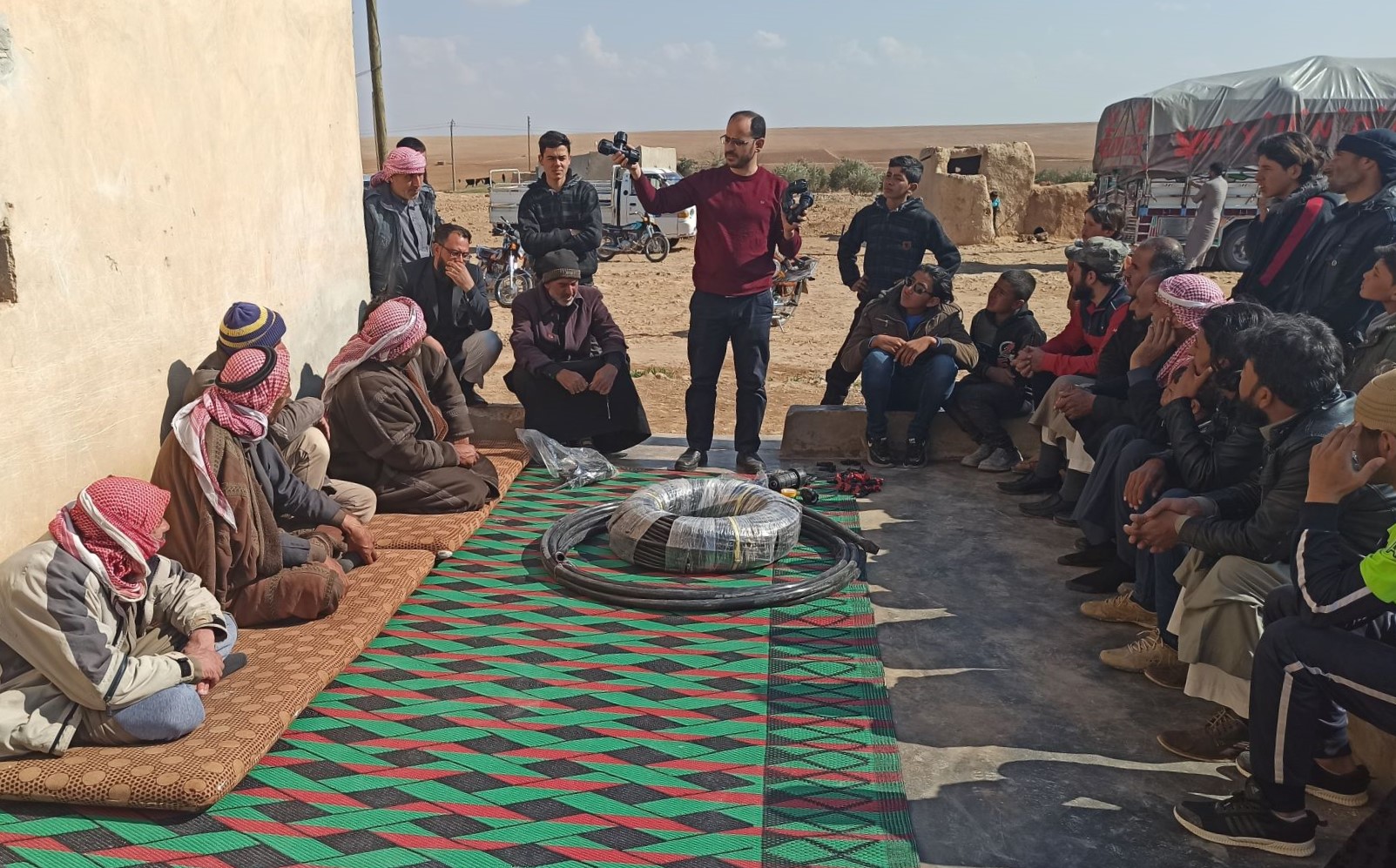 Vegetable gardeners and farmers received training on how to install, maintain, and repair drip irrigation systems.

SAFER targeted the most vulnerable families, including female-headed households. For women balancing family responsibilities, home-vegetable gardens were an effective and efficient means of support. Participants could grow food close to home to meet their families’ food needs while also reducing the cost of groceries and saving time previously spent traveling to the market.

Women vegetable gardeners are feeding their families with the produce they grow, as well as sharing it with neighbors and selling it locally.

Women also used vegetables grown at home to generate new sources of income by selling their produce or turning it into other food products, like pickles or tomato paste.

“In the Shadadi area, people were growing vegetables that did not have great nutritional value. They were not growing cucumbers, tomatoes, eggplants, or peppers,” said Majed. “Following our intervention, we were able to train and teach them how to grow these vegetables.”

After five years of supporting agricultural livelihoods in northeast Syria, the Blumont team has seen a positive impact on the communities we serve. 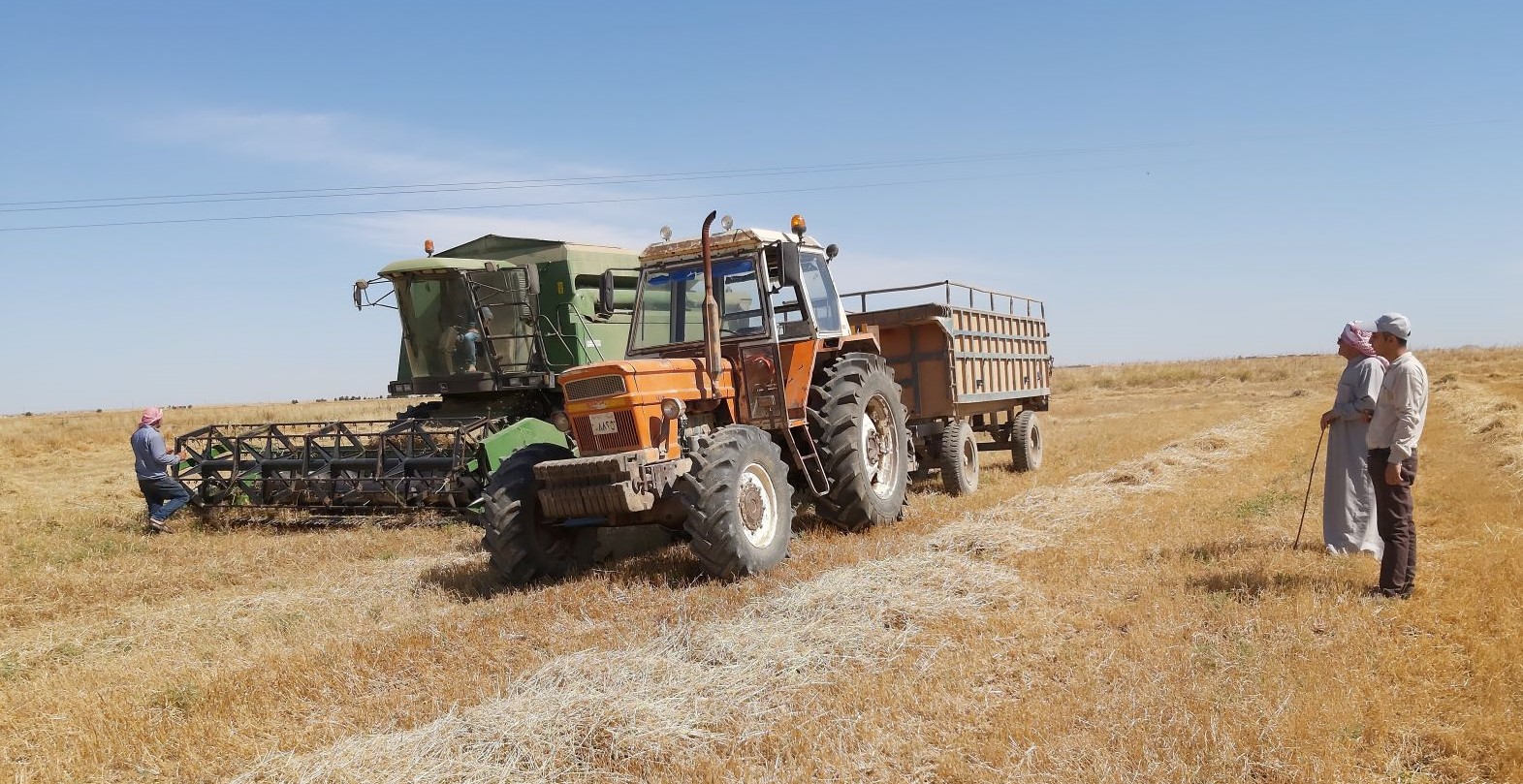 Since 2017, Blumont supported more than 1,200 farmers with cultivating and harvesting wheat and barley on their land.

“Funding for agriculture is critical as the quality of seeds worsens and prices continue to increase,” said Majed. “If the drought continues, farming will become increasingly challenging and will push more people into displacement.”

In addition to our work under SAFER, Blumont is implementing efforts to strengthen agricultural infrastructure and value chains including support for fisheries and poultry producers. Such investments in Syria’s agriculture sector—ranging from planting vegetable gardens in food-insecure households to providing technical trainings for farmers to rehabilitating key infrastructure—are essential for continued economic recovery and regional stability.